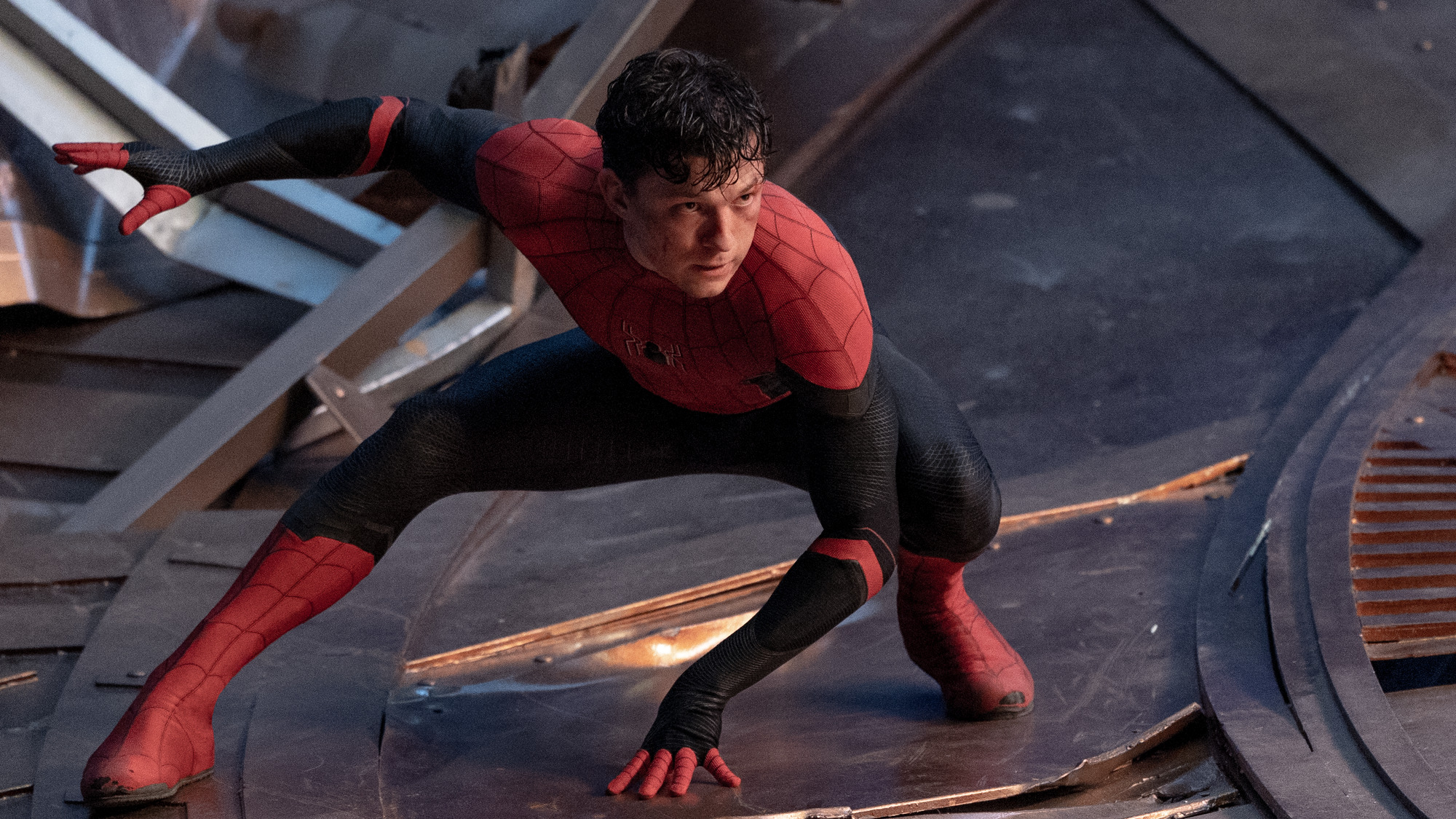 Before I jump in on my thoughts about the Spider-Man: No Way Home, I have to go and talk about what the film had to go through first, in terms of its local release here in the Philippines.

As Tom Holland’s Spider-Man faced his struggles on film, so did the Filipino audience struggle (and is continue struggling) just to enjoy the latest Spider-Man movie on the big screen.

While the rest of the world got to see the latest Spider-Man film (No Way Home) near its release mid-December. The Philippines was left behind to see it literally the following year on January 8. This was due to the Metro Manila Film Fest, which mandates that no foreign film be screened in theaters to make way to a roster of local films.

Who would have thought that a highly anticipated superhero movie would be caught in the middle of so much controversy and become the topic of the nation via social media? Everyone had some sort of essay sharing their thoughts, opinions, while others opted for a snarky comment or a hilarious meme. It was in the news, it was on headlines, directors, actors, and other personalities were talking about it as well.

The three-week delay meant that Filipino audiences would be left defenseless against spoilers littered all across the internet. I still don’t know why there are people who would willfully want to spoil a cinematic experience for others, and yes, Spider-Man: No Way Home is an experience comparable to that of Avengers: Endgame.

As someone who hustles on the internet and social media it was impossible to dodge against spoilers, even if I avoided TikTok and Twitter, I couldn’t escape comments on FB or even images popping up here and there. One of my initial thoughts about the movie is that I would have enjoyed it more if I wasn’t spoiled.

Again, like Spider-Man who was facing more than one villain, Filipino audiences not only had to dodge and avoid spoilers but they also have to watch the film as Covid-19 cases rose. If the film was not delayed and allowed to screen at least until the start of the MMFF (Metro Manila Film Fest) and when cases were relatively lower, then there would have been less anxiety and fans would have been more confident about going out to see the movie.

As I am writing this, fans who bought advanced tickets are now looking for ways to sell them as they can no longer use them due to being sick, a change of plans or as a precautionary measure due to the rising cases. Sucks to be us. I know.

Here’s a thought, if No Way Home was allowed to screen even just a few days before the MMFF, when cases were low, then fans who would have seen the film, would have also seen the different posters and trailers of the movies in this year’s MMFF slate. Who knows, they would have been interested and would have actually seen some of them. The film fest had a dismal turn-out.

At this point, its all should have, would have, could have. And unfortunately its the fans who have to suffer, not to mention an industry and its workers that have been directly affected by the pandemic.

If only there was a spell to rectify everything eh? Wait. Hold that thought.

Spider-Man: No Way Home is a direct sequel to Spider-Man: Far From Home, where the audiences are left with a game-changing cliffhanger. Mysterio reveals Spider-Man’s identity and even manages to turn the tables and make him look like the bad guy! Public opinion of the friendly neighborhood Spider-Man quickly changes and Peter finds himself as Public Enemy #1 ! Much to the delight of one J. Jonas Jameson (J.K. Simmons).

Life turns upside down for Peter (Tom Holland) who now finds himself in the spotlight and the unwelcome attention also catches up to his friends MJ (Zendaya) and Ned (Jacob Batalon).

Peter goes to Doctor Strange (Benedict Cumberbatch) and asks for him to cast a spell so that ‘People would forget that Spider-Man is Peter Parker’ and as spells in films go, this one gets botched and it consequences has some of the past Spider-Man villains from the Sam Raimi trilogy films (2002-2007) to the Amazing Spider-Man duology (2012-2014) appear in their universe. It’s in the trailer. It’s not a spoiler.

Peter, Ned and MJ try to gather these visitors from another universe with the intention of sending them back.

Now, comes the part of the film, which I’m not really a big part of. But I guess, this is the ‘growing pains’ part – Peter thinks he can “fix” these villains before sending them back to their own universes. This is the part where I felt was ‘draggy’ honestly, I couldn’t feel empathy towards Peter’s mission. Call me a cynic, but I guess this is where Peter’s naivete is highlighted.

Looking back, Holland’s Spider-Man has really been a child-like with his outlook and intentions, in Far From Home he gets caught up with his ‘plan’ to confess his feelings to MJ that he lets Mysterio (Jake Gyllenhaal) play him like a violin. Holland’s Spider-Man being linked to the legacy of Tony Stark has given him so many cool gadgets and privileges’ he has become so far removed from the Peter Parker who is broke and struggling to make ends meet so much that he has to sell photos of himself as Spider-Man. The events of ‘No Way Home’ change this and set a course for a whole new friendly neighborhood Spider-Man and, further cement that iconic line that with ‘with great power, comes great responsibility’.

And with the movie, reaching $1.1 billion in the box office (and counting) we are sure to see more of the web slinger in theaters. Just a thought, these numbers are during a pandemic, they would have undoubtedly be higher if things were better.

Here at home, we have to count the fact that piracy has already eaten a chunk of the film’s possible domestic earnings. Not to mention fans who would chose to sit out given the COVID-19 situation. Unfortunately piracy is a big problem in the Philippines, which is why international releases are often early, in order to curb its effects. Delaying any film just increases the chance that people would opt to pirate it instead.

For fans like me, who braved the cinemas in the time of Covid to see No Way Home, its still such a surreal experience. While the reduced cinema capacity (at 30%) offers some reassurance, it also means less cheering and shouting from the crowd and isn’t this one of the things that make seeing a movie in cinemas such a unique experience? And trust me, there were some scream-inducing moments in this one. We were seated one seat apart and I missed being able to grab my seat mate at a surprising turn of events or whispering a side comment or a joke. And yes, I miss my go-to-movie snacks. Cheese popcorn, Plato wraps and a large iced tea. There is a no food and drinks policy as part of the precautions against COVID. Oh well, just added sacrifices on the part of the audience at this point. And trust me, by the end of the film, Peter knows a thing or two about sacrifices.

The Filipino audience may have been late with the film’s release but there is a special treat for us in the film care of Ned’s Lola (grandmother). If you have managed to be surprised by this fun part of the movie then good for you.

As I am wrapping up this up, the film finally opens in local cinemas and despite all the challenges, a lot of screenings are sold out already. There were midnight screenings a few hours earlier but the real litmus test will be as cinemas open in a few hours time.

This is indeed an unprecedented time in cinema history, for an unprecedented movie and all the growing pains and sacrifices all make for an incredible memory and a unique story on its own. Something hopefully, we will look back on fondly, ‘Hey remember that time when we saw No Way Home in the cinemas? That was crazy.’

2 thoughts on “Growing Pains & Sacrifices: A review of Spider-Man: No Way Home and thoughts on its controversial Philippine delay”