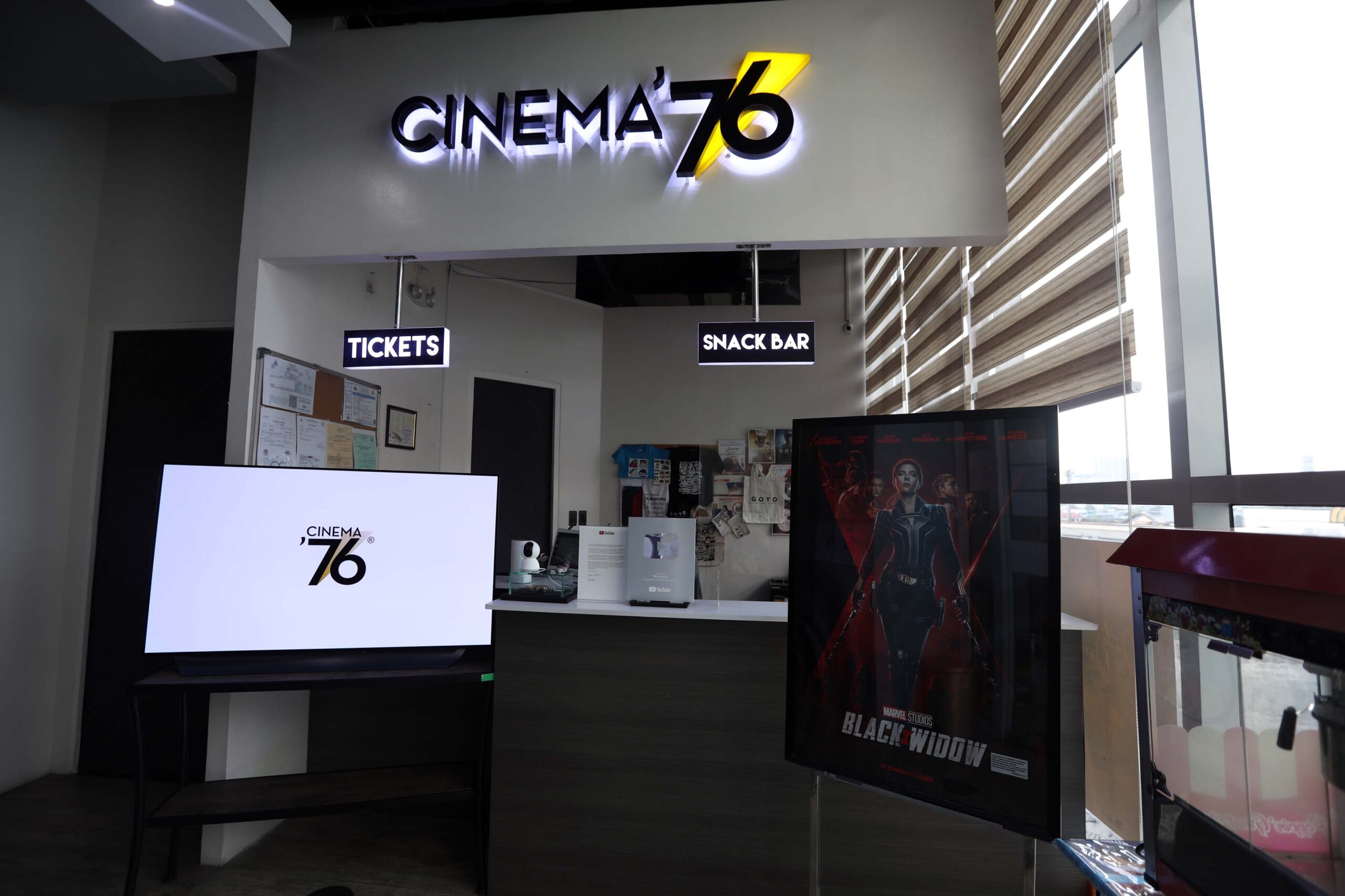 The microcinema, known as a populist venue to watch films not usually released in major theaters, was no stranger to the economic effects of the lockdown imposed in March 2020. Cinema ‘76 had to let go of some of its staff despite all hopes that movie theaters would reopen last year. Last September, Cinema ‘76 posted an announcement on the permanent closure of its San Juan branch, which prompted thousands of Cinema ‘76 patrons and movie fans to share their cherished memories of the beloved microcinema’s original location.

To pivot during these challenging times, the company opened its movie-themed Cinema ‘76 Cafe in June, attracting cinephiles who missed the experience of being inside a cinema. Some of the microcinema’s staff underwent training to serve as baristas at Cinema ‘76 Cafe. Despite being a newcomer in the F&B industry, the cafe enjoyed raves from the public.

Now, Cinema ‘76 is primed for imminent recovery. Following the eased restrictions on film exhibitions, Cinema ‘76 opened its doors once again on Nov. 17. “A lot of people have been requesting for us to reopen soon and we are delighted to finally welcome everyone back to Cinema ‘76!,” said Daphne Chiu, Executive Vice President and General Manager of Cinema ‘76.

Chiu added that Cinema ’76 made sure film buffs will have a safe theater experience by following safety protocols mandated by the Inter-Agency Task Force for the Management of Emerging Infectious Diseases (IATF) and Quezon City COVID-19 guidelines.

This includes regular cleaning and disinfection of the cinema before and after the screening and presentation of full vaccination cards, including minors. Moviegoers are also encouraged to come earlier than their screening time to allow for health checks and filling-up of digital contact tracing forms upon entry. Food and drinks are also not allowed inside the cinema but patrons can enjoy drinks and meals at the open-air Cafe just below Cinema ‘76.

Audiences can conveniently book tickets online by scanning the cinema’s QR code. This week, Cinema ‘76 is playing Marvel Studios’ “Shang-Chi and The Legend of the Ten Rings” and Princess Diana’s biopic “Spencer”. Other titles to watch out for are Marvel Studios’ “Eternals” showing on Dec. 1, with an advance screening on Nov. 30; and the entries to this year’s Metro Manila Film Festival to follow.

Chiu also shared that Cinema ’76 is open for private screenings “especially for those who would feel more comfortable sharing the cinema with their loved ones”.

Cinema ‘76 is located on the third floor of Anonas LRT City Center along Aurora Boulevard. It can also be accessed via a bridgeway from the Anonas LRT-2 Station. For booking inquiries, email cinema76filmsociety@gmail.com or 0977-705-4276.
Join the conversation online using the hashtag #KitakitsSaCinema76 and follow Cinema ‘76 on Facebook, Instagram, and Twitter.