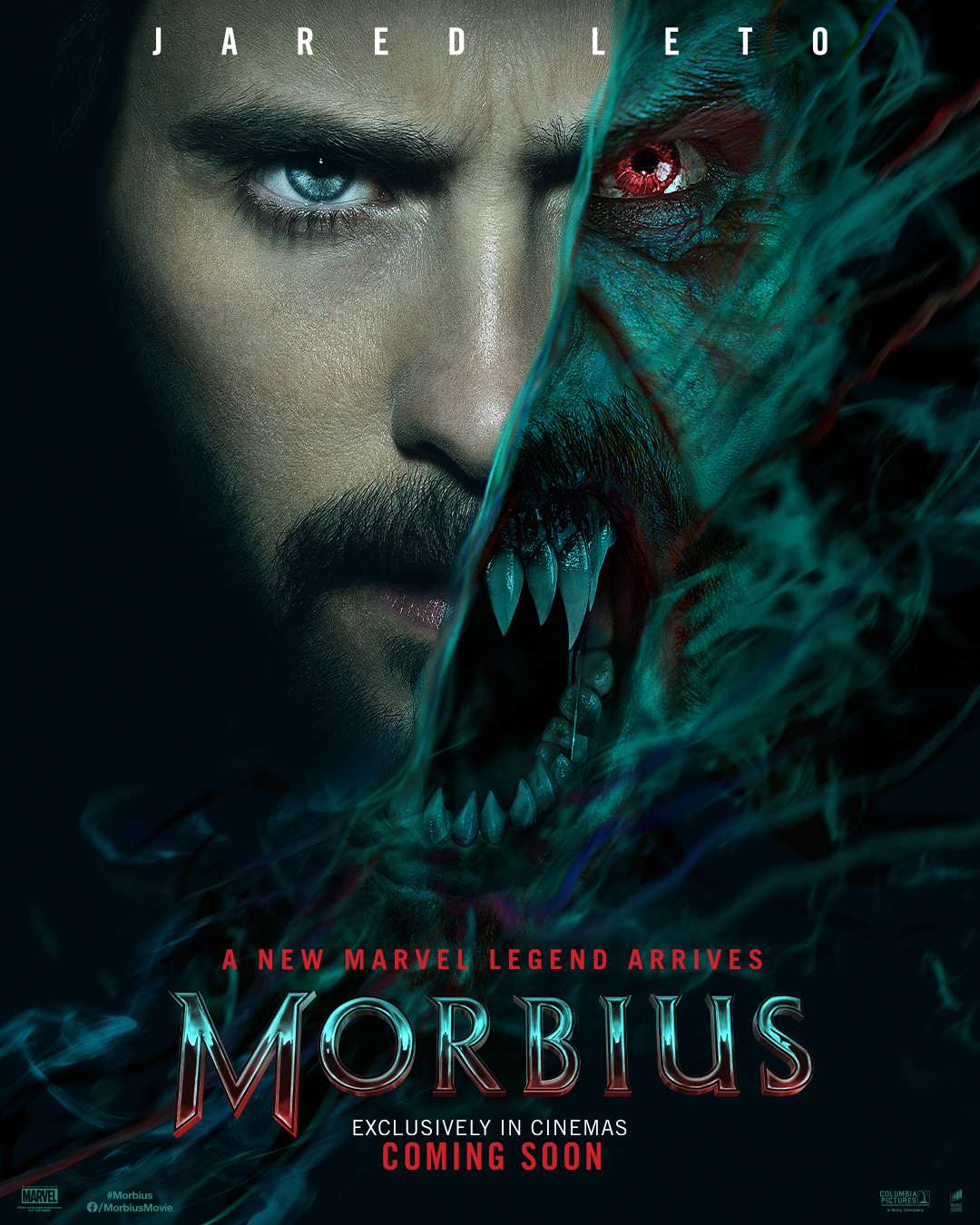 Is he here to save the world or destroy it? Watch Dr. Michael Morbius and his sinister alter-ego in this exclusive scene called “The Transformation” from the new action-thriller Morbius, coming exclusively to Philippine movie theaters February 2022.

Checkout as well the film’s newly-released global poster below.

One of Marvel’s most compelling and conflicted characters comes to the big screen as Oscar® winner Jared Leto transforms into the enigmatic antihero Michael Morbius. Dangerously ill with a rare blood disorder and determined to save others suffering his same fate, Dr. Morbius attempts a desperate gamble.  While at first it seems to be a radical success, a darkness inside him is unleashed. Will good override evil – or will Morbius succumb to his mysterious new urges?