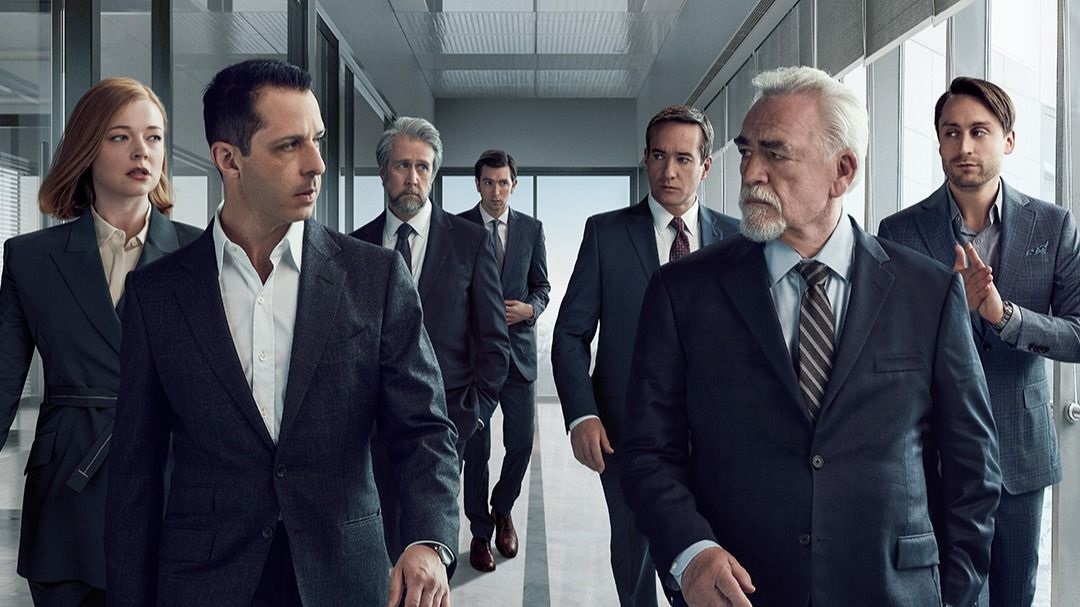 I’m starting off this review by admitting that I’m a bit late to the ‘Succession’ party, only having binge watched the last two seasons this quarantine. And it was a good time to catch up on the Emmy-award winning series, which was on a two-year Covid related break. It was easy to get sucked in the world of the Roy family, a rich and powerful clan, who gets on helicopters to play baseball games like its nothing. They have an endless staff of drivers, helpers, and security, who know that protocol includes paying off individuals who may have a juicy gossip about any of the Roy family members to share, this payoff comes with an NDA of course.

Led by the family patriarch, Logan Roy (Brian Cox) the family owns a number of empires from news, to theme parks to cruises and the expansion of their empire, Waystar RoyCo is a constant in the dog-eat-dog-world of mergers and acquisitions . The declining health of Logan begs the question: Who among his emotionally stunted children will succeed him? The dysfunctional family has four siblings desperate for their father’s approval and he is not an easy man to please. With plotting and back stabbing that is very reminiscent of ‘Game of Thrones’ with the Roys, it’s never just business, its always personal.

The finale of the second season, which according to research was way back October 2019 (a lifetime ago) culminated with prodigal son and ambitious Kendall Roy (Jeremy Strong) supposedly offering himself as a lamb to the slaughter, in WayStar RoyCo’s ongoing trial for sexual and human rights abuses on their cruise lines. To the surprise of everyone (and the audience) instead of an admission of guilt, Kendall boldly implicates his father in the scandal, this after evidence from his cousin, the tall, awkward and seemingly bungling Greg Hirsch (Nicholas Braun).

I was fortunate enough to have access to the first seven episodes of the third season, I believe that there are nine or ten episodes in total. So here are my thoughts as we dive into the new season which starts October 17 (in the US).

As everything falls into chaos, Kendall enjoys an instant rush to fame, he is suddenly the ‘good eye’ fighting greed, monopoly and capitalism-his own family in the eyes of the public. Kendall surrounds himself with ‘Yes WoMen’ who nod and agree with his ideas, no matter how outrageous they may be. The rest of the Roy clan rush into damage control, flying to countries with no US jurisdiction-you know, just to be safe.

Any Succession fan knows that nothing is set in stone and that things can quickly turn for you, or against you. Which is one of the reasons why the show can be so engrossing, no one is ever safe. Knowing where your loyalties are, and where you place your chips is tantamount to surviving.

Another reason why fans love the series so much? All the incredible performances from the cast, which is no surprise that the show has been winning awards left and right since 2018. You have four damaged children, eldest Connor (Alan Ruck) who has illusions of grandeur so bad he thinks he run as president of the United States, Kendall, who well, aside from his ambitions is also dealing with drug addiction. The politically savvy and only daughter Siobhan or Shiv (Sarah Snook) and the quippy and fast-talking Roman (Kieran Culkin). All four are desperate for their father’s approval, Logan on the other hand, would not think twice about using his children as chess pieces, using the ultimate prize of ‘Succession’ as a promise, dangling it in front of one child to the next, just so they would do his bidding.

If you are able to complete said task from Logan, you are rewarded, if you are unsuccessful, then you are punished. So its no wonder there is so much drama among the siblings, who are most of the time at each other’s throats. Talk about dysfunctional.

The third season also boasts a couple of guest stars in the form of Adrian Brody and Alexander Skarsgard, who both play more of the rich 1% which the Roys have to win over in order to stay in power. Its hard not to feel disconnected from their extravagant and rich lifestyle, as I said the first time I saw the series: “I wouldn’t want all their power and wealth, if it also meant having all their problems and unhealthy relationships.”

Which brings us to a highlight of the third season, Kendall’s grand 40th birthday celebration.

Kendall, along with his ilk throw an outrageous birthday party, which just screams of damaged little boy in a rich adult’s body, case in the point: the entrance is a re-imagining of his mother’s birth canal, there is an elaborate tree house, which also doubles as a VIP area of the party. It’s no surprise that a big fight ensues when Roman tries to get in the tree house and Kendall prohibits this.

As the outrageous party continues and Kendall spirals while he tries desperately to look for a gift from his children, which seems to have been lost underneath all the extravagant ones. I realized that you can host the hippest party, with all the stars and powerful people in attendance, you can serve all the trendiest and expensive food but in the end you are only surrounded by strangers, who are just probably using you for clout and mileage. It made me appreciate all the small and simple celebrations that we have with our families and loved ones. Especially the ones in the last (almost) two years, which were spent in quarantine. No extravagant celebration, just simple food with the ones you love.

While there is no Covid 19 pandemic in the parallel world of the Roys, you can’t help but see the realities that the rich rule the world, those in power make the rules. While the 1% enjoy their yachts, beach houses and desert retreats as we see on ‘Succession’ we also see that their gifts can also come as a curse.

The first episode of the third season of Succession streams on HBO Go on October 18 (Manila).