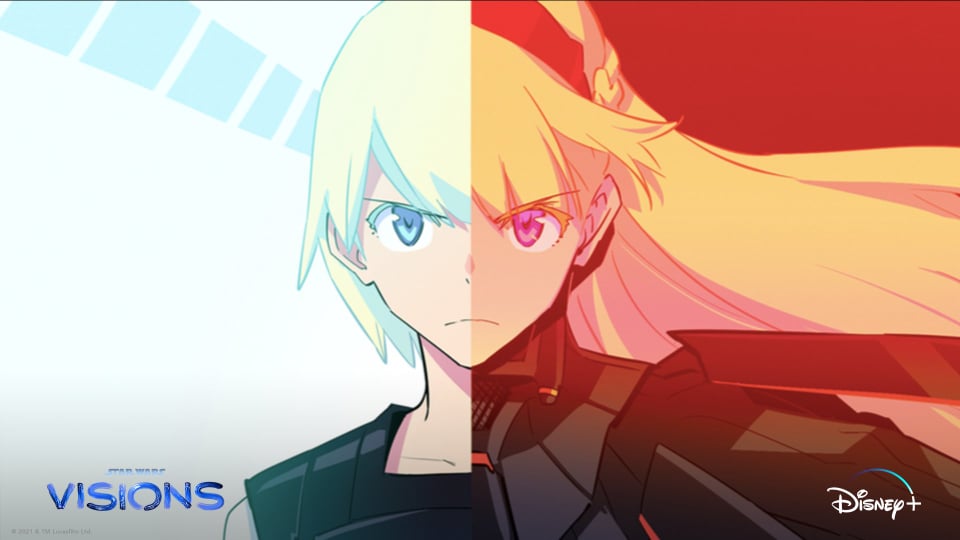 George Lucas, the wizard behind the curtain in the Star Wars universe, (well at least before Disney bought the franchise) has always acknowledged that Akira Kurosawa’s 1958 samurai classic film ‘Hidden Fortress’ was an inspiration for the space opera. Which is why, it seems to be a stroke of destiny that Star Wars: Visions, a nine-episode anthology series which features different Star Wars stories was produced by top Japanese Animation studios. Not only that but the episodes also feature many elements of Japanese culture, from the themes, to the costumes and even the weapons.

Visions even directly pays homage to Kurosawa in its first episode entitled ‘The Duel’ which was animated entirely in black and white and features a lone warrior with his trusty droid that helps a poor village. In expanding more of the Star Wars universe and the stories from Visions, there is even an upcoming novel based on the ‘Duel’ episode, entitled, Ronin: A Visions novel, which is set to be released on October 12.

Surprisingly even if the episodes only ran for about 15 minutes each, they were still able to convey a compelling story and introduce us to new and rich characters. Despite the short run time, these stories were also able to stir emotions and make us care for the characters, we just got to know.

Here is a list of the episodes including the English voice cast. Spot some familiar names!

With different animation styles per story, each episode was also able to explore the many sub-genres within Japanese animation, such as Tatooine Rhapsody. The episode focuses on an underground band just trying to play their music, while being hunted by the bounty hunter Boba Fett. The episode was styled in the kawaii chibi style, so fans got to see a chibi Boba Fett and Jabba the Hutt. Of course, since its an episode about a band, it also features a kick ass song, that definitely sounds like a catchy anime opening theme. Paying homage to Astro Boy, T0-B1 follows the same Pinocchio storyline but its set in space and is in the Star Wars lore-so anything is possible!

The series, which is now streaming on Disney+ is available to view in either English or Japanese dub. I was switching from one to another, since I wanted to hear actors like Neil Patrick Harris, Allison Brie, and Joseph Gordon-Levitt. But I also wanted to experience the series like a true Japanese anime so I was also watching it with the Japanese dub.

Going back to Tatooine Rhapsody I listened to the song featured in both English and Japanese, I think the song sounds better as a Japanese song but I also wanted to hear Joseph Gordon-Levitt sing.

While the series had many Japanese elements to it, it also featured familiar themes in Star Wars, such as the eternal fight between good and evil (The Twins) and we even saw a bit of Anakin’s turmoil in Akakiri. So the series still feels like Star Wars, despite the new look(s).

With just 15 minutes each, you can finish the entirety of Visions in one sitting. It might take longer if you will watch it in both English and Japanese dubs.

Here are my favorite episodes from Visions: The Duel, Tattoine Rhapsody, The Twins and The Ninth Jedi. I think my nephews and nieces, who are also Star Wars fans will like the T0-B1 episode.

I think seeing this on the big screen would be an incredible experience, unfortunately, we’ll have to make do with whatever big screen we can get our hands on. The animation and fight sequences are gorgeous and each new style feels like a breath of fresh air. This is a new and unique way of telling more Star Wars stories and with a Rotten Tomatoes score of 95% was a successful endeavor. I would like to find out more about the stories told in the series, especially The Ninth Jedi. Will there be a new volume of Visions in the future? Only time will tell but with the success of the series and a spin-off novelization announced for The Duel, anything really is possible.