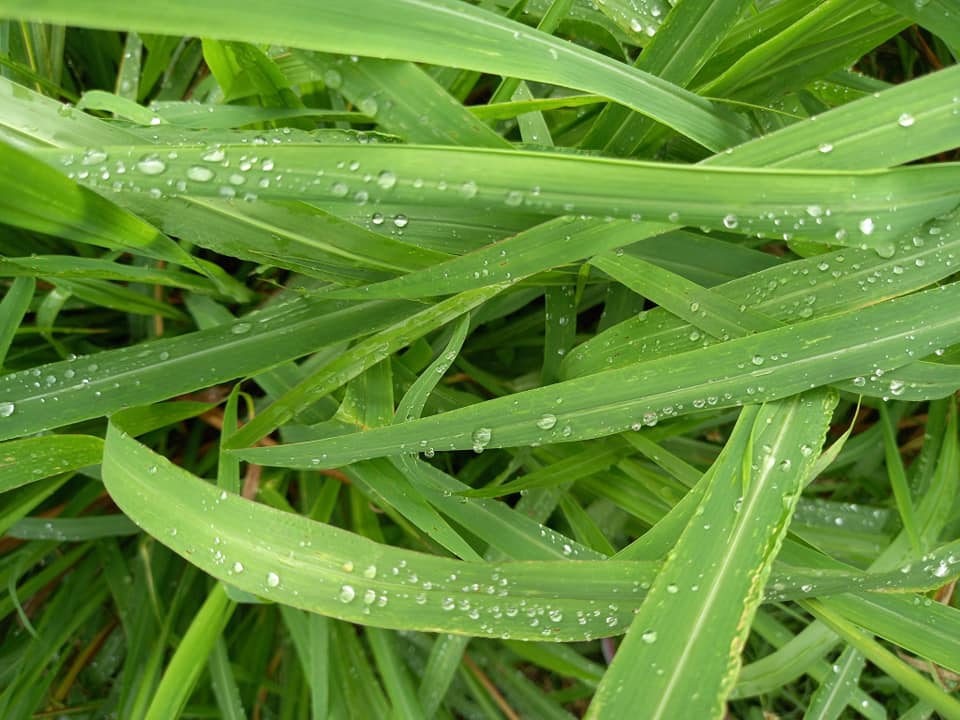 Yes – you, I’m talking (or rather, writing) to you, err…me, because, yes, you are a survivor, in fact- we all are! The ongoing Corona virus pandemic is an unprecedented challenge that has shook, changed and destroyed the lives of so many, and for those who have lost loved ones because of it, the pandemic will forever leave an indelible mark in their lives.

Right now, it is as if, our lives have been divided into pre-pandemic and the new normal. A startling divide where we can only fondly look back at what was and deal with the anxiety of not knowing if can ever bring those carefree days back.

The thought of everyone being a survivor had me thinking, what does it really mean to be a survivor? Those that survive an ordeal doesn’t really mean they do so unscathed or unhurt, more often than not they carry wounds and trauma, some we can of these wounds are literal scars, which we could see with our eyes, other times they are hidden deep down, and because we are all survivors from this pandemic, some of us may have scars, unseen or not, which should serve as another reminder for us to be kind to everyone, because, you never really know what one is going through.

The first few months of the pandemic, our little family of three, had to deal with my husband having to give up on his dreams of finally running his own photography business, because of the pandemic, events were cancelled and soon turned virtual and you don’t need a photographer for those. For months, he had no work and while he was focused on taking care of our three-year-old, I knew it was slowly eating at him that he didn’t have work. This went on for a few months, before thankfully he was able to find a work-from-home job and now we have come into a routine as work-from-home parents who are also hands on to a very energetic toddler. I write more about this in my Write to Ignite post last year, which you can read here.

That was in 2020, and while there was some hope as the new year approached, 2021 still had some times in store for us, well, for me, particularly. As the new year started, I began doing freelance work writing articles, while still keeping my regular work, around February, I got sick. It wasn’t COVID (Thank God).  What started as an ear infection turned out to be a reactivation of the Varicella virus (Chicken pox). I already had Chicken pox when I was in High School, after the virus passes, it stays dormant in your body and can reactivate when your immune system goes down. I started having chicken pox scars on my face, there’s one that’s particularly big on my chin, until now there’s a huge scar and it would probably never really heal. So that’s going to be a cause for anxiety forever. Then I had to deal with terrible, terrible pain, in my ear, on the sores, in my mouth, I was constantly taking paracetamol as if it were candy. I couldn’t sleep and rest properly because of the pain. I took a round of antibiotics, antivirals, I took so much paracetamol, I had creams for my scars, ear drops for my ears, this was the original source of pain and would really do a number of me, I even experienced a couple episodes of vertigo, since the virus had reached my inner ear. I had eye drops, since my bad eye wouldn’t close and it would dry up so fast.

I was able to consult with a doctor online, and we only spoke through the phone and I would only send photos of my scars and my inflamed face. I was terrified of going to the hospitals because of the pandemic. After being in so much pain, we finally noticed something that still affects me to this day, the right side of my face, my eyes and mouth were paralyzed! The virus attacked the nerves in my ear, eye and mouth. This condition is known as Ramsay Hunt Syndrome (it was even featured in an episode of the medical drama ‘New Amsterdam’) I thought I was dribbling water when drinking and brushing my teeth because of the sores in my mouth, turns out, half of my mouth was paralyzed. My right eye would also not close, meaning I would get dry eyes because they would not blink. If I saw a doctor in a hospital, we might have caught this early, we only noticed it when we shot a vlog for our YouTube channel and I was absolutely horrified when I saw the footage. It was like I had a stroke! Half of my face was paralyzed! My eye would not close and my mouth was uneven, it was horrifying! I went into such an anxious state after that, I became conscious of how I looked, I was worried if we could ever shoot videos for our YouTube channel, which we’ve worked so hard on, or even shoot photos for content. My eye would dry up so bad that I had to wear an eye patch for some time. I was worried about being on-camera during events, I usually am very conscious and can have a very low self-esteem, so looking like Harvey Dent (Two Face from Batman) made that even worse.

I read that the facial paralysis would go away in a couple of months, if not at all and those couple of months had me spiral into a very low state of anxiety, I would look at my photos from before and now classify them as having a ‘complete smile’ versus having a ‘crooked one’.

Eventually the need to shoot reviews for the YouTube channel came knocking and I just had to overcome my anxiety and get the show going, admittedly my friends said it was painful to watch me struggle to speak. My usual 20-minute review was cut to almost half, since I had a hard time talking. There are three or four videos on the YouTube channel, where you would see the effect of my facial paralysis.

After a few months, I was able to gain control of the muscles on my eye and mouth, I can almost smile completely now. Sometimes I’d catch it in a photo or a video, my one eye being smaller than the other, or not closing at all, while the other one is closed shut. I’d still get a crooked and uneven smile in photos at times, or in my recent birthday video, where I had a hard time blowing the candles on my birthday cake, (which was just last week, as I am writing this!) because of some remnants of the paralysis in my mouth.

So, yes, I survived this bout with an unexpected virus, one that lives dormant in my body (I rarely go out and still got sick anyways) but that doesn’t mean I came out of it unscathed and without scars. I literally have a huge one on my chin, and thanks to make-up and concealer I can probably keep that one under wraps. The aftermath of the Ramsay Hunt Syndrome has nicked at my self-confidence and has definitely made me more self-conscious and has done a number on my anxiety. I will always feel a pang of anger whenever I would catch photos or videos of me with my unblinking bad eye or my crooked mouth, but hey, these are the cards that I was dealt with, these are the scars that I have to live with.

I’m a survivor and I survived, just as I have (thankfully with the love and support of family and friends) with the many other curve balls that have been thrown my way.

The American reality TV show ‘Survivor’ had the words ‘Outwit, Outplay, Outlast’ and while the show was known for having strangers compete against each other, you can just think of all of us, competing against the Covid-19 virus. We have to ‘Outwit, Outplay and Outlast’this virus, and that means doing our best to keep safe and to practice safety protocols, get vaccinated when we can, check on friends and family and always, always be kind, you never know what scars, pain or trauma other people are carrying. We may be unscathed, we may be carrying some hurt, we may have some scars, but we are all here and that makes us all survivors.

So, dear survivor, don’t give up. You’re doing great! Keep on fighting! Let’s see this through together.

P.S. I didn’t put any photos from when my face was paralyzed since I’m so embarrassed by them but if you want to get an idea how I looked or how Ramsay Hunt Syndrome affected me, you can check out our YouTube Channel (Team PCheng) and watch the ‘I Care A Lot’ Review, the effects of the facial paralysis are evident up until the ‘Justice League Review’ video. Oh, and if you like what you see. Please subscribe.

The photos that you see in the post are taken from my #IcaWalks series wherein I take photos of things I see when I go out on my weekend walks (while observing health protocols). For me, these photos are always a symbol of hope and I like the thought that even in one photo, you can see what I saw and I also hope that you can feel that tiny spark of hope that I feel whenever I see these photos.

This story is an entry to ComCo Southeast Asia’s “Write to Ignite Blogging Project Season 2: Dear Survivor”. The initiative continues to respond to the need of our times, as every story comes a long way during this period of crisis.  The initiative aims to pull and collate powerful stories from the Philippine blogging communities to inspire the nation to rise and move forward amidst the difficult situation. The “Write to Ignite Blogging Project” Season 2 is made possible by ComCo Southeast Asia, with Eastern Communications and Jobstreet as co-presenters, with AirAsia and Xiaomi as major sponsors, and with Teleperformance as sponsor.

6 thoughts on “Finding my smile amid the pandemic”

This was such an awesome event and can I say that I got emotional when they LG donated 30 LG UltraGear 32GN500 monitor units to the Naval Air Wing of the Philippine Navy. Way to go ! LG Global and congratulations to M360 PR+Activations Agency ! :) www.teampcheng.com/blog/consumer-electronics/lg-takes-flight-with-its-new-line-of-monitors/ ... See MoreSee Less

It was both a pleasure and an honor to write about Prince De Guzman Transformations and Awie De Guzman 's EPIC Vecna + Max cosplay (Stranger Things) as they officially opened Vecna's Mind Lair to the public last June 29.Read more in the post which includes some answered questions from the cosplay power couple as well as their thoughts on their transformation. #StrangerThings #StrangerThings4 www.teampcheng.com/blog/entertainment/vecna-lives/ ... See MoreSee Less