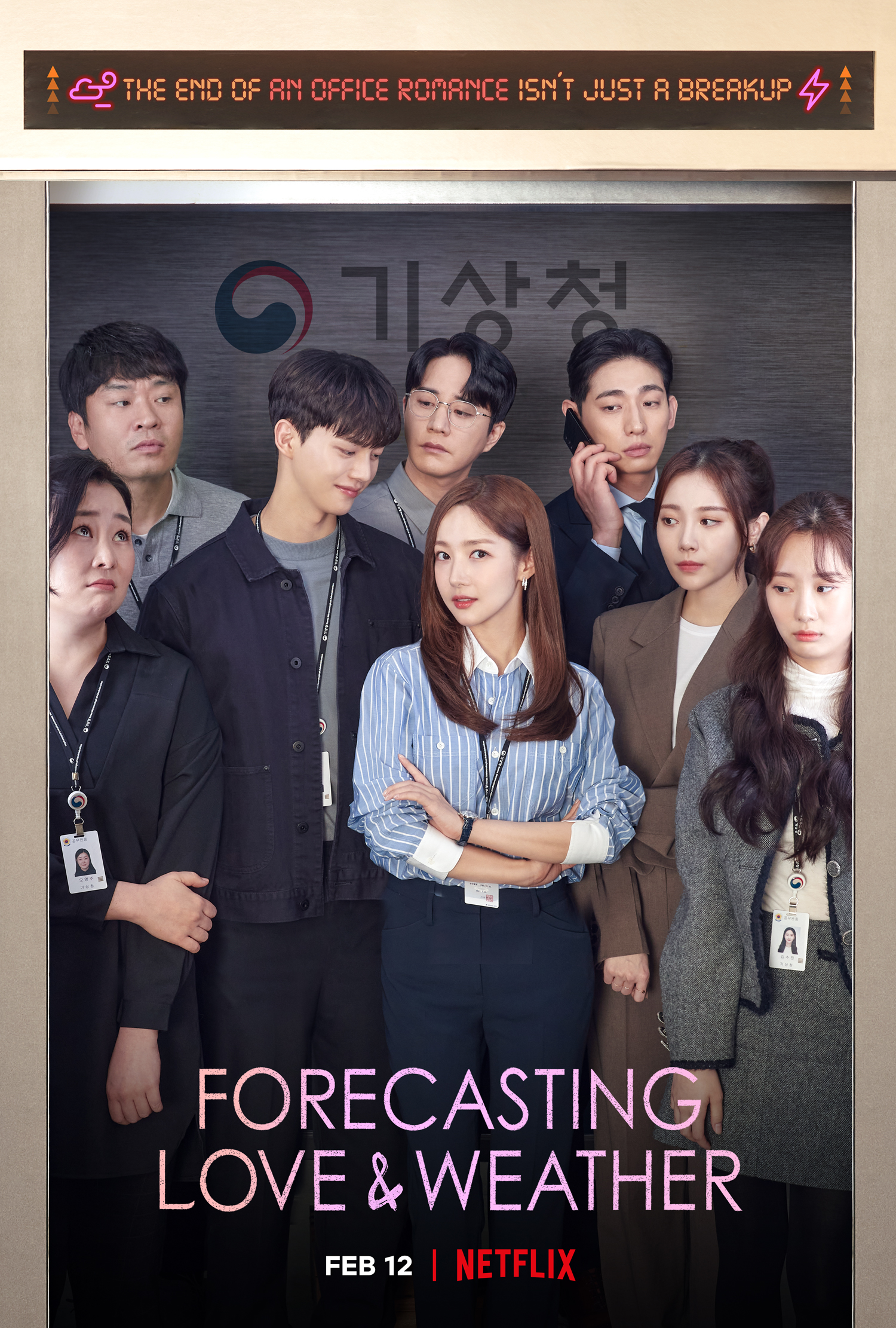 Pit-a-patting, but Erratic as the Weather

“I Can’t Resist My Growing emotions”

Teasers Provide a Sneak Peek into this Anticipated Rom-com

Forecasting Love and Weather is an office romance series driven by the character’s professional and love lives at the Korea Meteorological Administration (KMA), tightly packed with pit-a-patting narratives and visuals. In the newly released teaser, two unique features of the series – the KMA and office romance – are reflected in a message stating, “There is only a 1% chance for both the weather and people to change”.

People are sensitive to the weather, as it connects to our everyday lives filled with last-minute changes and unexpected variables. Likewise, it is impossible to foresee the love between the two protagonists – Ha-kyung and Si-woo – amid the many twists and turns working in the KMA.

In contrast to the charming chemistry between Park Min Young and Song Kang illustrated in the teaser, their “office romance” is as risky as walking on thin ice. Bumpy obstacles await their happy-ever-after as the couple hides their relationship from colleagues and confronts many jealous people standing in front of their way. However, as they get more intimate, Ha-kyung experiences a breath of fresh air filling her once frozen heart.

This highly anticipated rom-com is ready to provide a pit-a-patting experience to the viewers by depicting Ha-kyung and Si-woo’s growing intimacy throughout the series.