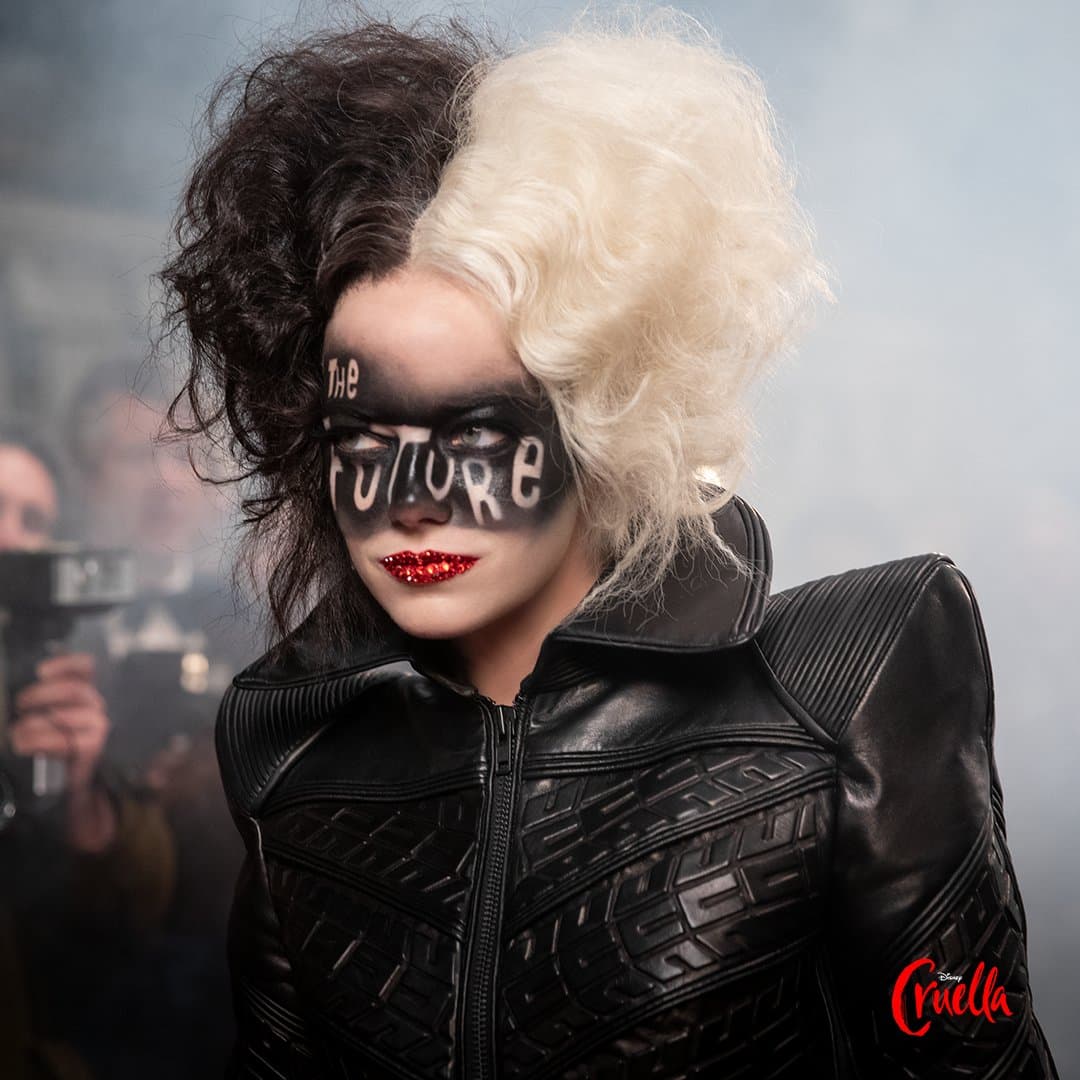 Disney triumphs yet again in re-inventing a villain with an interesting and compelling origin story (think on the success of Malificent), 101 Dalmatians’ Cruella De Vil now has her very own origin movie, directed by I Tonya’s Craig Gillespe, starring Emma Stone as a young, fashion-forward Cruela. Surprisingly her black and white hair, we learn at the beginning of the film is actually natural and not a hairstyle, well ahead of its time.

Honestly, I had my doubts how they will be able to pull this off, you know, given Cruela’s infamous goal of a coat made of dalmatian fur (Gasp!) Well, surprise, surprise, they are able to skirt around the whole ‘puppy-skinning thing’ by showing Cruella, born Estella as a dog lover-she has her own doggie sidekick and everything.

The plot goes on to throw a few surprises here and there, honestly it had me fooled twice, I was thinking the plot would go this way, when it takes a turn and goes on another direction, and I like that, I like that it keeps the audience on its toes and doesn’t serve everything so easily, especially with a villain origin story, where people would have the tendency to get ahead of themselves and think ahead.

As a child, Estella already showed that she marches to the beat of her own drum, follows her own rules and isn’t going to be caught dead wearing a boring old prep-school jacket.

After a tragedy involving some dalmatians leaves her an orphan (you would think…but no) Estella travels to London with Buddy (her dog) and meets fellow street urchins Jasper (played by Joel Fry as an adult) and Horace (played by Paul Walter Hausser as an adult), the three form a gang of thieves of sorts, with Estella using her love for fashion to create their disguises. This is where the film’s heists come in, the heists later turn into crashing into the events and parties of The Baroness (Emma Thompson) London’s premiere fashion designer, who at first Estella admired but upon discovering a long-kept secret is determined to bring her down, taking everything that she owns and loves with her and in the process loses her Estella persona and Cruella is born.

I’m probably a bit biased here but I love punk and I love the 70s and Cruella works into getting these in the film, from the fashion to the music, to London’s early punk scene. There really is a lot to love about the clothes and gowns designed by Jenny Beavan, much of the gowns, were inspired by Vivian Westwood and Alexander McQueen. And the music? Absolutely a pleasure! And with so many wonderful choices of songs from the 70s, its kind of hard not to get this one right, so yeah that was an easy serve. If you love and appreciate fashion and music, you’re going to love Cruella.

So, how do you make a Disney villain the protagonist? Present someone who is more evil and we get that in Emma Thompson’s Baroness, which she plays perfectly!

There is also a mid-credit scene which sets things up for a potential sequel, so make sure you stay for that one.

Cruella is available to stream on Disney+ with premiere access.