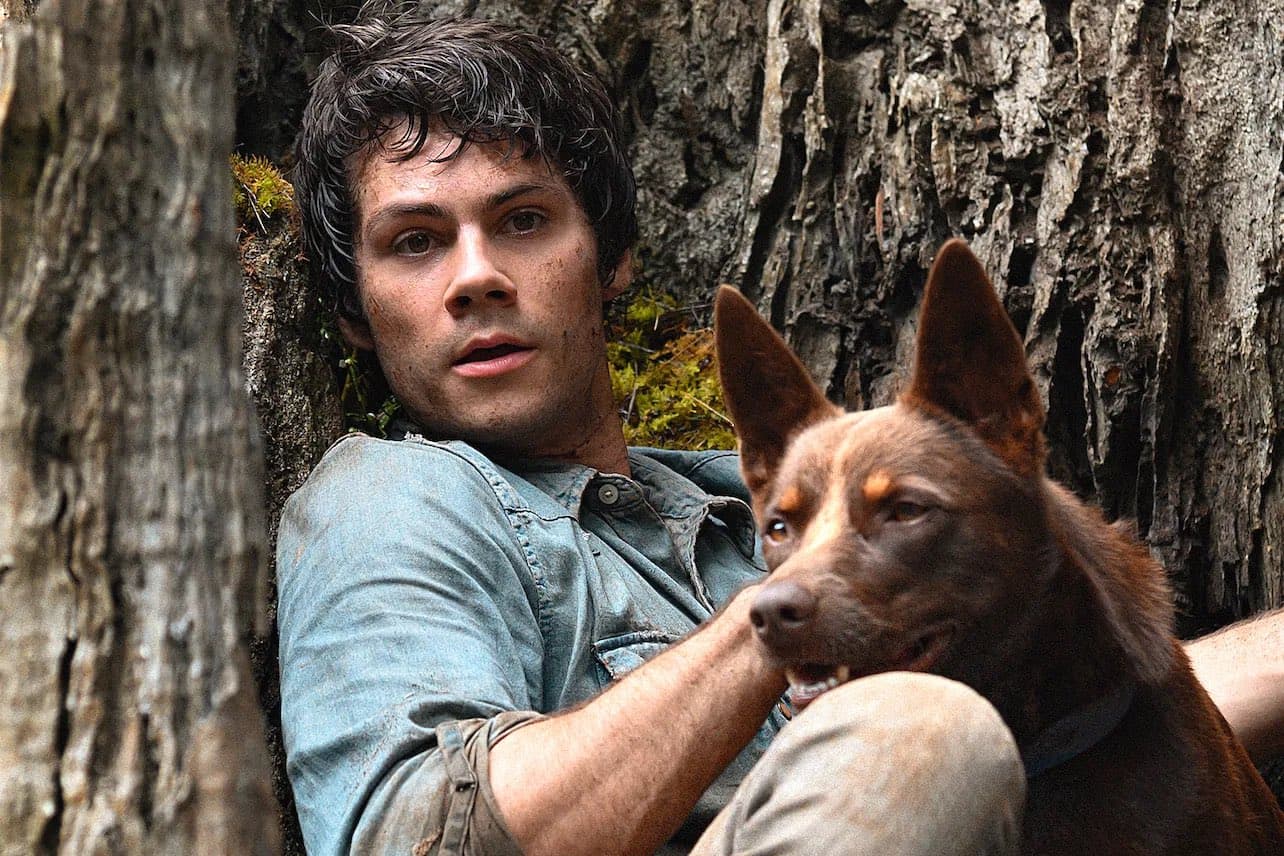 I can’t feel but have a sense of regret I have about this monster-adventure, coming-of-age film is that I didn’t see it in the cinema, the Oscar nominated (yes, the film is nominated for Best Visual Effects at the 93rd Academy Awards) special effects would have been a thrill to see in the big screen, the hisses, snarls and growls of those monsters would have been perfect in a cinema’s surround sound. My second regret was not seeing it right away when it dropped on Netflix. But I guess, given the situation that we’re in, whether or not we go to the cinemas is entirely out of our hands-one year later! Okay, before this gets political – let’s get back to the movie.

I have to admit, I was a bit worried when the film opened in a few minutes, and protagonist Joel Dawson (Dylan O’Brien) does a voice over of how the world entered into a monster-apocalypse, regular animals, frogs, ants, crabs, transformed into human eating giants. Humanity is forced to flee and live in different colonies scattered across the country in order to survive. Then Joel starts talking about how everyone in his colony has their own soulmate is basically paired up. This is kind of the nauseating part, I mean, you’re surviving in the apocalypse and he is pining for his soul mate, his true love, in the person of Aimee (Jessica Henwick) the two were separated and haven’t seen each other in seven years but have kept in contact through radio transmissions.

Aside from his famous minestrone, a kind of Italian soup, Joel is good in the kitchen and kind of their colony’s chef, Joel is also known for freezing in life-and-death situations, most probably due to trauma when he and his family fled his hometown Fairfield. Which is why he isn’t included in supply runs, when members of the colony have to leave their bunker to scavenge whatever they can from the surface world, you know, regular The Walking Dead stuff.

After a giant ant breaches their colon, Joel decides to go to Aimee, who is living in another colony, seven days travel, 85 miles from where Joel is. Arguably a pretty grand and pretty much dangerous, albeit stupid gesture.

Along the way, Joel meets a few friends, Boy (the real star of the show) a loyal and pretty reliable dog. He is rescued by a pair of survivors, Clyde (Michael Rooker) and Minnow (Ariana Greenblatt) because you know, he’s not really the survivor-in-the-wild type. Clyde and Minnow teach Joel tips and tricks to survive in the wild before parting ways.

Joel eventually finds Aimee and his grand gesture doesn’t exactly pan out the way he thought it would.

The final act of the film gives a surprise twist and shies away from the young love and romantic troupes, and leans more toward growth and a coming-of-age for Joel, which is a relief actually.

The film also has themes on loss, sadness and grief but presents it in a touching and genuine way, not too preachy or forced, it’s a nice, natural surprise when you least expect it.

Dylan O’Brien is known for his roles in the YA adapted film series (but never finished) Maze Runner and recently killing Nazi’s in Amazon Prime’s ‘Hunters’ but in Love and Monsters, he is not a gun wielding protagonist with a dark past, he’s just a regular kid, smitten, doubtful, frightened, hopeful, optimistic. It maybe a movie about battling monsters during the apocalypse but it is, in essence, a film about growing up, making mistakes and learning from those mistakes.

‘Love and Monsters’ is now streaming on Netflix.

Lucy Liu and Helen Mirren in SHAZAM: Fury of the Gods ⚡ as revealed at #DCFandome #DCFandome2021 ...

A NEW Batman Animated Series being brought to you by JJ Abrams and Matt Reeves #DCFanDome That's a couple of big wigs for this series. #BatmanCapedCrusader ...

First look at concept art for the live-action ‘BATGIRL’ movie starring Leslie Grace. This will make for a great wallpaper. #DCFanDome ...

We got our first trailer for CATWOMAN: HUNTED which will be released on February 8, 2022.Elizabeth Gillies is Catwoman and Stephanie Beatriz is Batwoman. #DCFanDome #DCFandome2021 ...