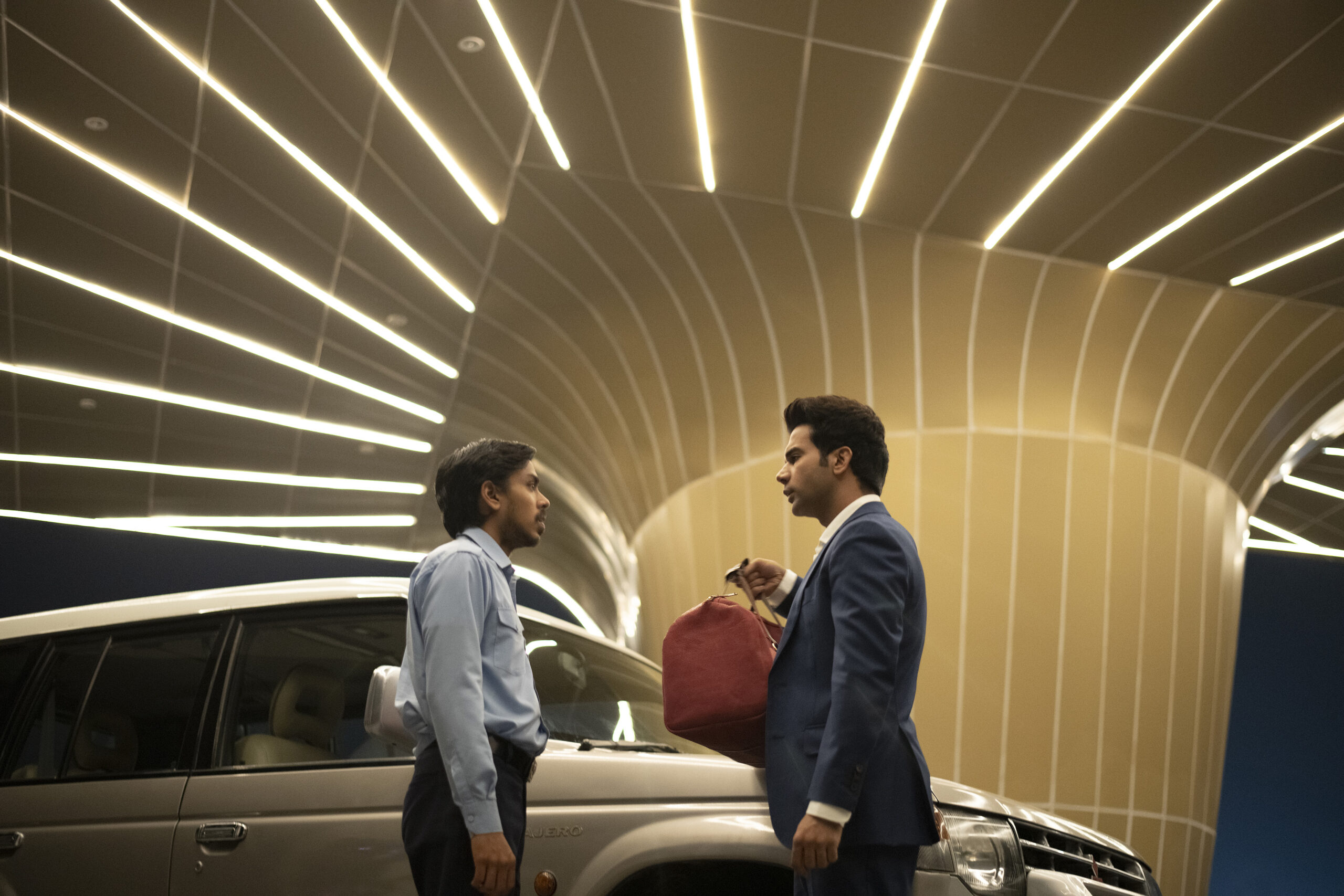 Based on the 2008 novel of the same name by Aravind Adiga it tells the story of Balram Halwai (Adarsh Gourav), a poor villager who as a child displayed great potential and earned a scholarship to study in the city but this was thwarted by the sudden death of his father. Balram is then doomed to work at the village tea shop, destined to a life of working a lowly job, probably to be married off to a girl from their village and have children they can’t send to school or feed and live in the rest of the family in one dilapidated shanty.

Balram has this theory that people in India are like chickens in a rooster coop, they see the other chickens being be-headed and chopped into pieces but they don’t do anything about it. They know that they’re next but they don’t try to escape. People in India are satisfied to be trapped in their own castes even if that means being a slave their entire lives.
But Balram is unlike most of his countrymen, he schemes to escape his pre-destined life and aims to become the driver of their landowner’s youngest son, Ashok (Rajkummar Rao) who has just come back from America with his wife Pinky (Priyanka Chopra-Jonas).

As a driver to more lenient and Americanized masters, Balram becomes torn with what society trained him-to become a faithful servant to his masters-forever, this becomes especially difficult when Ashok and Pinky show him kindness and an interest in him as a person, something that is not common in India. Conflicted as to whether to love or hate his masters, a night of betrayal teaches Balram the great and corrupt lengths the rich will go through to save themselves, even if it means sacrificing him.

With his life seemingly reaching its impending doom, he tries to escape the rooster coop before the butcher’s blade comes crashing down on his neck.
Balram takes up arms and rebels against a system rigged against the poor like him and favors the rich and corrupt to become his own master.

Looking at how Indian society treats ‘servants’ and comparing it to our own, I can’t help but point out the differences, in our culture, household help, drivers, share more of an employee-employer relationship. It’s also nice to know that the government is passing laws and providing benefits for those of us who help us around the house and help us function from day-to-day. For us, we really do treat our help as family, and not the “fake family” that Ashok and Pinky tell Balram. Some even go as far to support their helper’s education, offering them a chance at a better future. Likewise, there are those who don’t treat their helpers so well, which is why rich people who eat out at restaurants and don’t order for their help and nannies get flack on social media. So I think that’s one good thing about our society and government.

A grim and compelling socio-political and cultural drama, “The White Tiger” is an eye-opener on social classes with a look into modern slavery and how it reflects into one’s culture.

Adarsh Gourav gives an intense, fevered performance, sometimes you’d think if Balram has some sort of psychotic disorder. With him as your narrator and your anti-hero, your own morality will be tested, whether you will be rooting for him or not. The film looks at the rags-to-riches story through a dark lens and is a self-aware anti-Slumdog Millionaire so much so that a line in the movie goes: “I was trapped in the rooster coop and don’t believe for a second there’s a million-rupee game show you can win to get out of it.”

There’s a line in the movie that caught my attention and honestly scared me a bit-it goes: “For the poor there are only two ways to get to the top. Crime and politics-is it like that in your country too?”