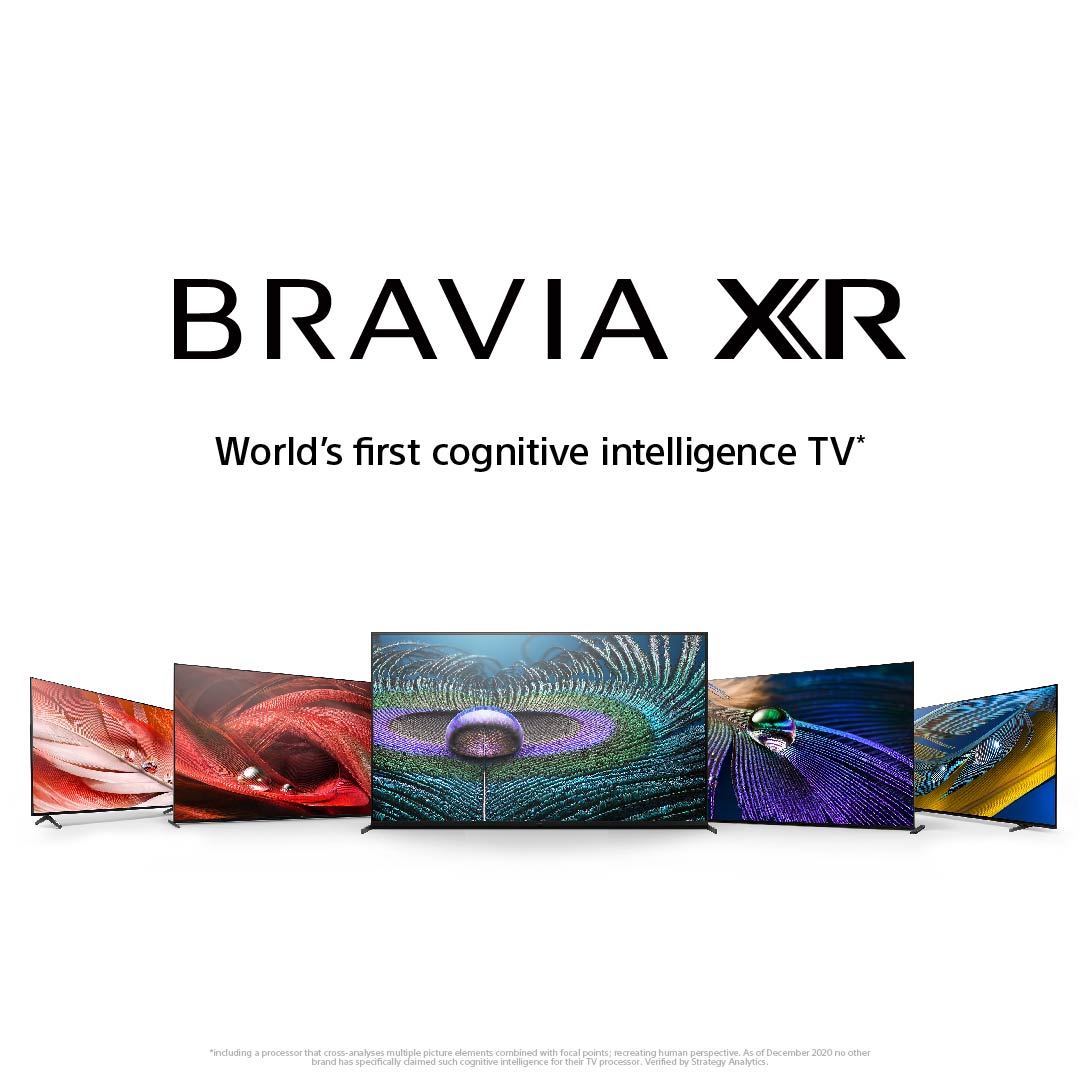 As announced at the CES 2021, Sony Electronics is launching the world’s first TV lineup powered by a “Cognitive Processor XR” chip that uses a completely new processing method, designed to replicate the way our brains think and respond.

This is the new generation of smart TVs where it just got even smarter!

The Cognitive Processor XR which is powered by cognitive intelligence, is designed to make you feel the reality of what you’re watching to present a more human perspective on-screen – for an experience that’s closer to the real world and puts you deeper into every scene.

Imagine yourself casually watching television and you unconsciously focus on certain points of an object.
“Cognitive Processor XR” knows where the focal point is by dividing the screen into numerous zones and detecting where the “focal point” is in the scene and even enhancing each detail in an object, so it stands out with a natural sense of depth, just as in the real world.

It goes beyond what the conventional Artificial Intelligence (AI) technology of usual smart TVs can achieve where it only detects and analyzes the usual picture elements like color, contrast, and detail individually. The new processor cross-analyzes an array of elements at once, just as our brains do.

In addition to its best-in-class picture quality, it also boasts a top-class audio quality, where it analyzes the sound position in the signal, so the sound matches precisely with the images on the screen. It delivers sound in horizontal and vertical directions, to provide a real multi-dimensional experience and deliver supreme realism with an immersive soundscape.

The Cognitive Processor XR learns, analyzes and understands exceptional amounts of data and intelligently optimizes every pixel, frame and scene for the most lifelike picture and sound Sony has ever delivered.

The new Sony BRAVIA XR Lineup features the world’s first cognitive intelligence TVs to give you a completely immersive experience that thrills and moves you.

Sony’s X90J 4K LED TV, will be available in the Philippines starting from May 2021, meanwhile, availability of other models in the series such as the Master Series Z9J 8K LED TV and A80J OLED TV will be announced soon.