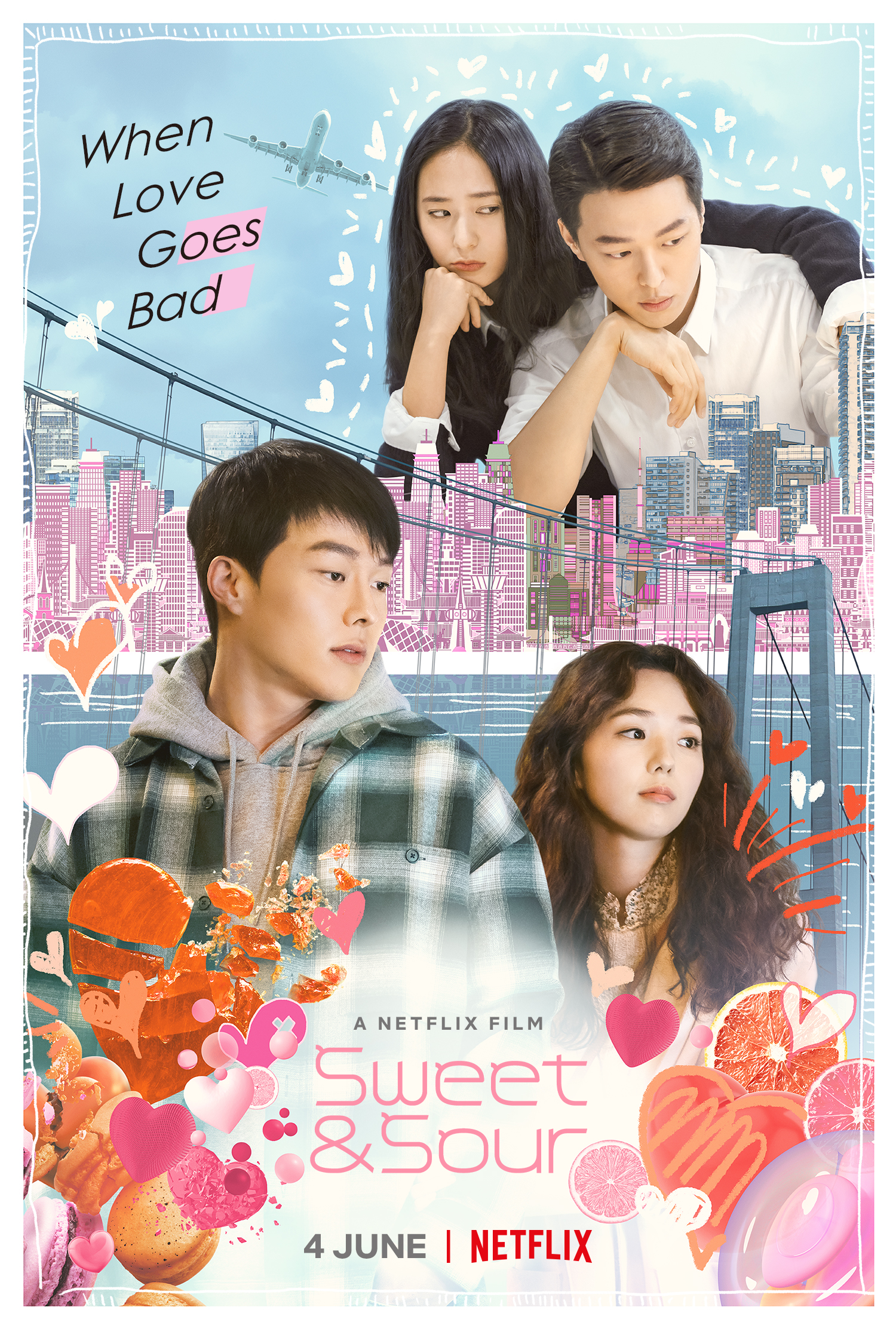 Upcoming Netflix original film Sweet & Sour is a refreshingly realistic romantic comedy coming your way. The film depicts both the saccharine times of being blissfully in love as well as the acidic moments when facing bumps in a relationship.

Jang Hyeok (Jang Ki-yong) and Jung Da-eun (Chae Soo-bin) become a long-distance couple when Jang-hyeok gets a new job opportunity. Their once sweet relationship changes as the distance impacts them in more ways than one.

In particular, Jang Hyeok faces temptation when his new colleague Han Bo-yeong (Jung Soo-jung) shows interest in him. While he initially rejects Bo-yeong’s advances, she still clearly affects him enough for Jang Hyeok to mistakenly call his girlfriend Da-eun by Bo-yeong’s name.

Will their love have an expiration date? See for yourself when Sweet & Sour premieres on June 4 at 3PM PHT, only on Netflix!