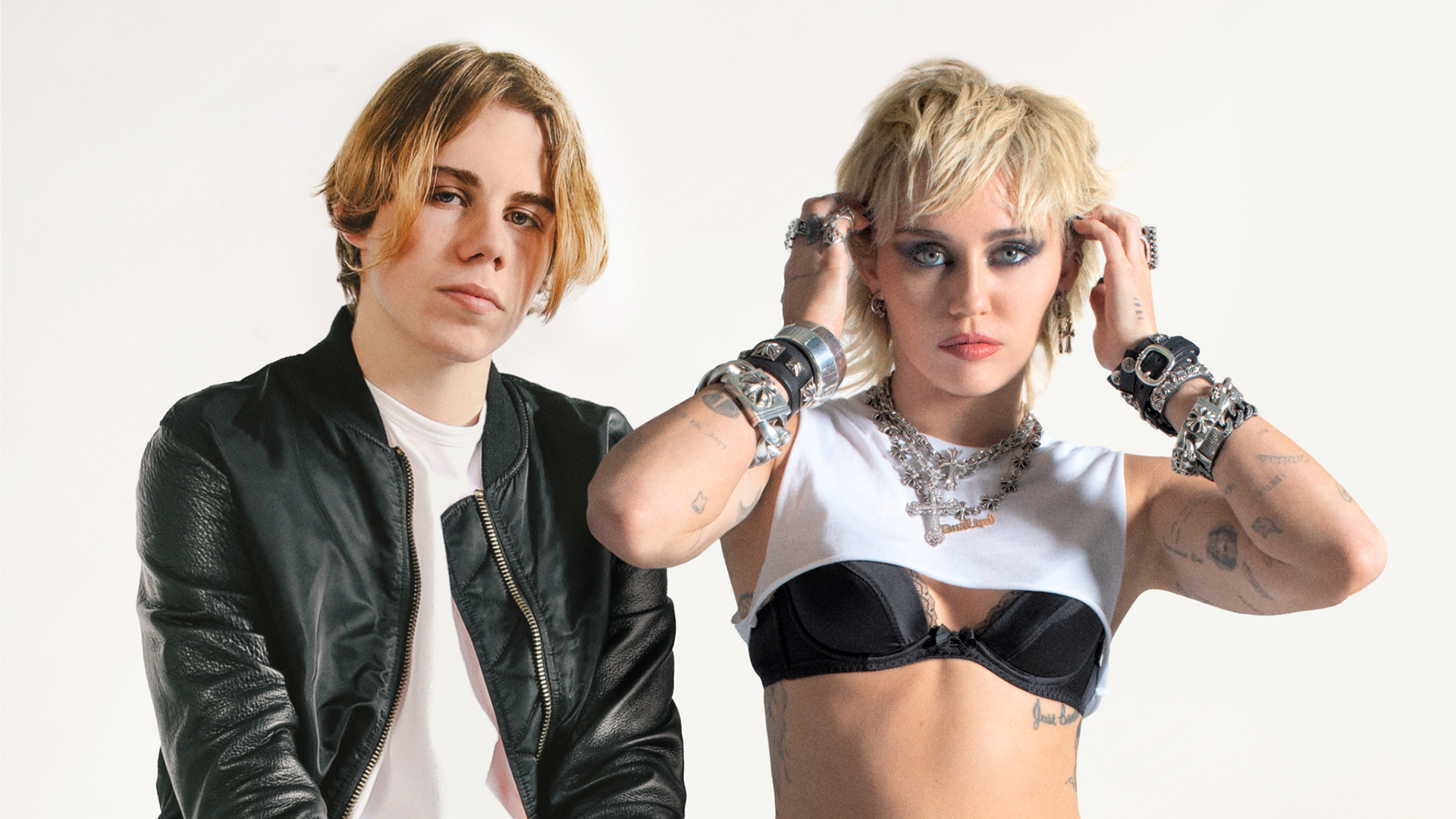 After making his late-night TV debut on The Tonight Show Starring Jimmy Fallon and The Ellen DeGeneres Show, The Kid LAROI. has tapped the multi-platinum recording artist, songwriter and trailblazer Miley Cyrus on the remix of his smash single, “Without You.”

The star-studded release also comes with an accompanying music video that features the Wrecking Ball hitmaker getting cozy with The Kid LAROI. in various locations: on the hood of a car, beside a fireplace, and on a giant mushroom. The wistful MV is also directed by Miley Cyrus, who lends her bluesy vocals to the inescapable viral tune.

According to Variety, the two artists met through guitarist and “Without You” co-writer and producer Omer Fedi, who made it possible for Cyrus to hop on the remix of The Kid LAROI.’s chart-topping track. Both collaborators are also scheduled to appear and perform the track at Saturday Night Live on May 8th.

Ahead of the new duet, “Without You” maintains its top 10 position in the US pop radio and top 5 in alternative radio, and with Cyrus giving the song a boost, it’s more likely to crack the upper bracket of both charts.
The song is part of The Kid LAROI.’s recently released mixtape, F*CK LOVE, which music publication NME praised for its versatile artistry and exploration on “adolescent views on love, loss, and heartbreak with a penchant to let things get a bit gnarly here and there.”

The record debuted last year at No. 1 on the Australian ARIA Charts, and peaked inside the top 3 of major music markets such as New Zealand, Canada, and US.

Check out the music video here!

Tags: music, Without You