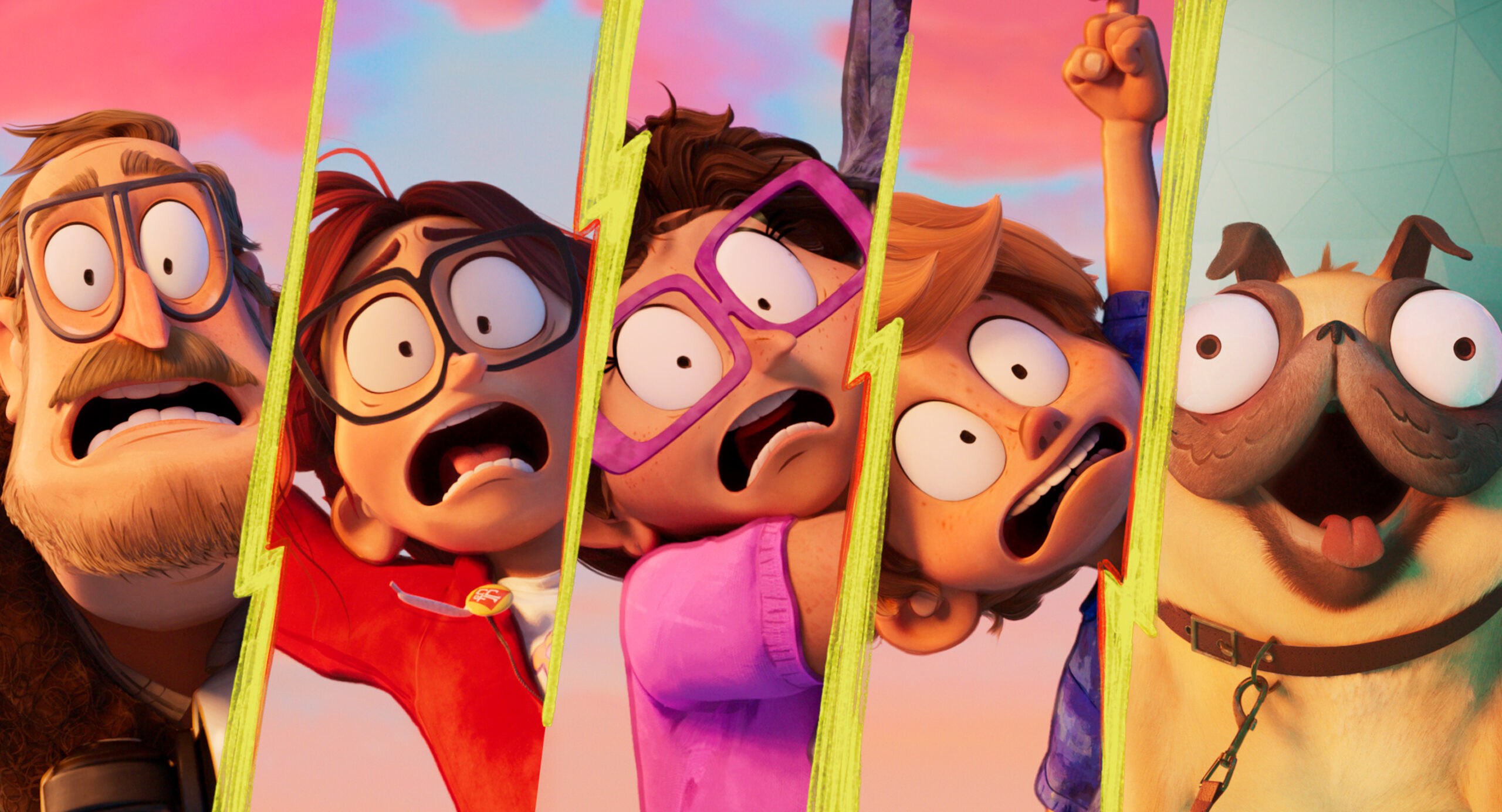 A long overdue movie for the whole family because you know, we haven’t had one in a long time, one that the whole family can really enjoy. The best animated features manage to keep kids entertained while also charming the adults and ‘The Mitchells VS. The Machines’ really delivers.

The Mitchells are not your ordinary family, in fact they are a barely functioning family (Butterfly formation!) with a technologically challenged Dad who would rather live in the forest- Rick, (Danny McBride) an insecure mom who bakes weird cupcakes, Linda (Maya Rudolph) a quirky but creative teenager -Katie (Abbi Jacobson) who is about to go to College, a shy young boy-Aaron (Michael Rianda) who is obsessed with dinosaurs and Monchi (voiced by celebrity dog, Doug the Pug-yes, we kid you not) the cross-eyed but adorable family pet.

In an unexpected but still hilarious chain of events, the terribly out-of-shape and ill-fitting Mitchell family becomes humanity’s last hope when a machine uprising captures every other human being on Earth! ‘Coz you know, it’s only about time when our precious smart phones become too smart and realize that humans should no longer be in charge. Led by an evil Olivia Coleman, the machines are planning to shoot all the captured humans into space – but hey! There’s Wi-Fi so it can’t be that bad right? From the folks that brought you The Lego Movie, producers Phil Lord and Christopher Miller and writer-director Mike Rianda and Jeff Rowe from Gravity Falls so story wise, it becomes absolutely bonkers, delightful and heart-warming but still, absolutely bonkers, if you liked the type of over-the-top, no holds bared humor that endeared the Lego Movies to kids and adults when it came out, then you will absolutely adore the Mitchells.

There have been many films that have preached about being yourself, no matter how quirky and weird, well, The Mitchells take all of that self-preaching and does it themselves! The lead family itself is not only weird-the whole film is and that’s why it’s such a big ball of crazy fun.

Another tool in its arsenal? The team from the award-winning animated feature Spider-Man: Into the Spider-Verse are responsible for mixing the classic 2D animation and style with 3D graphics. This time, even amping it up by updating the animation style with the use of GIFs, filters and emojis, a nice touch to also accentuate the creativity of Katie Mitchell, in case you didn’t know, she’s actually a film student who at the beginning of the story was supposed to be off to College to pursue her film degree, something that her Dad, Rick, isn’t such a big fan of. And this is where a lot of the emotional strings from the movie comes from. Old fashioned and not so tech savy Rick is having a hard time appreciating Katie’s love for film and talent for creating it. While Katie has yet to understand the sacrifices that Rick has had to make for their family. There’s a bit of tear-inducing drama mixed with all the fun and that’s what makes it beautiful.

“Families are so hard but they are so worth fighting for, might be one of the only things that are-“