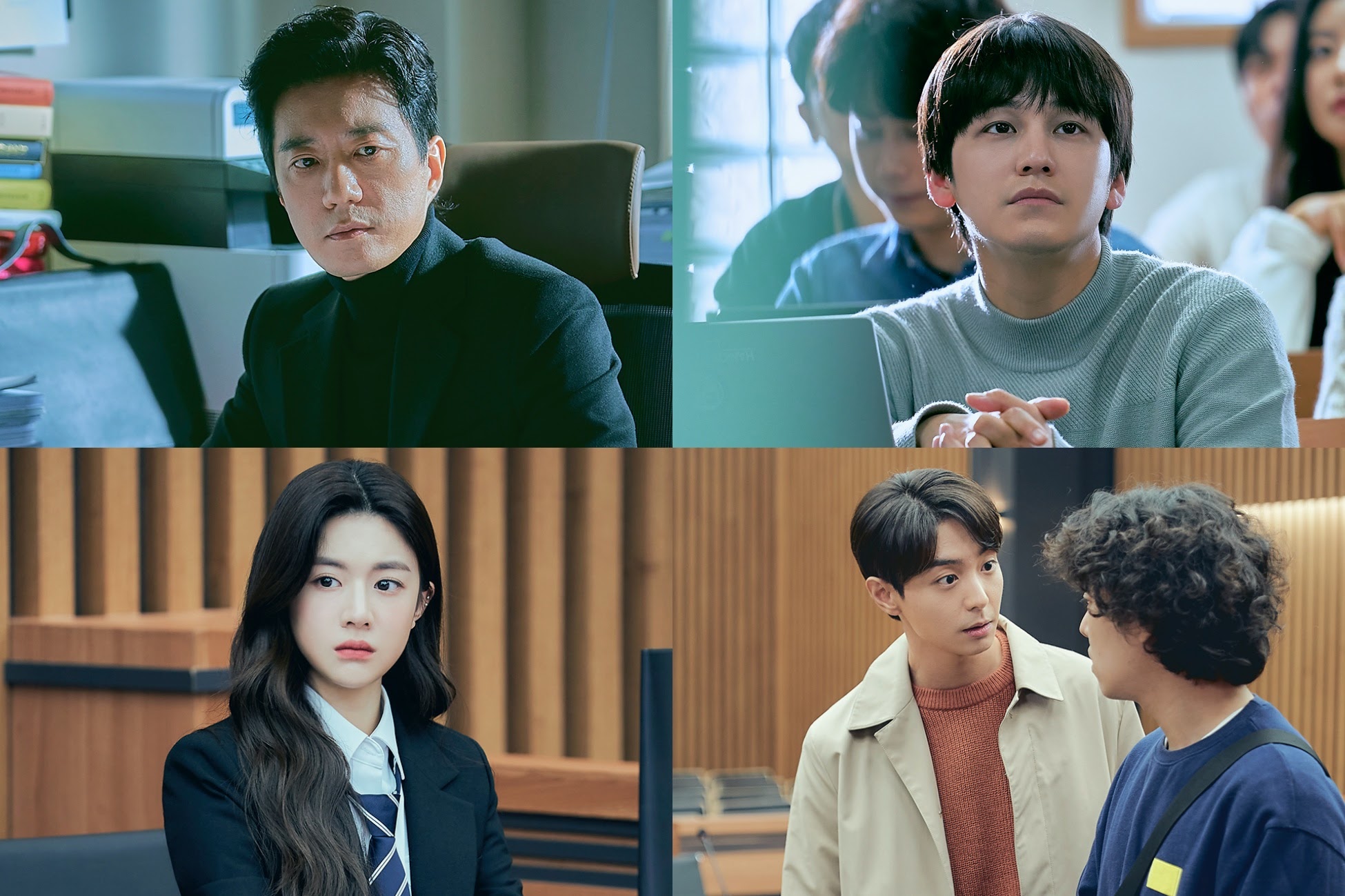 Definitely worth checking out!

Don’t let the new series Law School fly under your radar! From talented actors to a unique premise and much mystery, Law School is an entertaining and intriguing series. A grim incident occurs at a prestigious university and shocks everyone. A tough law professor and his students learn about true justice and law as they seek the truth behind what happened. Check out some reasons why the series is sure to meet your expectations here.

Law schools are full of intelligent and gifted students, and the cast of Law School is no exception. You’ve probably seen these talented and promising actors before. Kim Beom recently impressed with his portrayal of mischievous Lee Rang in Tale of the Nine Tailed. Ryu Hye-young received much love for her stoic but warm character in Reply 1988. We’ll get to see a different side of Lee Su-kyoung from her security team member character in Where Stars Land. Lee David will give off a completely different aura from his bullied character in Itaewon Class. Finally, we’ll get to see more of Sweet Home actress Go Youn-jung.

There are just as many respected veteran actors to look forward to as well! Kim Myung-min is known for his gravitas and moving portrayals of characters. Parasite actress Lee Jung-eun can pull off diverse characters and her Law School character will be distinctly different. Park Hyuk-kwon’s detailed acting will make you have decided feelings about his character. An Nae-sang will leave you with a lasting impression with his character. In addition, there are more skilled actors including Chung Won-joong, Kil Hae-yeon, Woo Hyun, and Oh Man-seok rounding out the solid veteran cast.

Law is not a genre new to K-dramas. Anyone else loving Vincenzo? However, law school specifically has not been broached in K-dramaland which means a refreshingly different premise. Through the series, we can get a glimpse of what law schools might look like in Korea. It’s the perfect setting where we see young minds and professors tackle justice, law, and real crimes. The series will discuss laws that affect all of us in our day-to-day lives and examine whether or not law is truly just.

While law school is in session, an unexpected murder takes place at the university. The victim is Professor Seo Byung-ju (An Nae-sang) and everyone becomes a suspect. As the investigation ensues, the truth becomes uncovered as motives come to light. The students begin to delve into the case while studying. Will they be able to discover who the murderer is? Will the culprit be amongst them? The riveting mystery will have all of us sleuthing as we try to figure out who killed the professor.

There’s more to each character than meets the eyes. Some interesting facts include how the dynamics change as Yang Jong-hoon loses his revered professor status when he becomes a prime suspect. Han Joon-hwi (Kim Beom) enters school with top grades and appears to be perfect in every regard, but he has a hidden agenda. Similarly, Jeon Ye-seul (Go Youn-jung) seems to have it all and only applied to law school in order to spend more time with her boyfriend, but circumstances change drastically when she makes it and he doesn’t. There’s also Yu Seung-jae (Hyun Woo) who is an elite doctor who makes the unusual decision to enter law school despite being a successful doctor. So many curious characters, but we’ll find out more as the drama unfolds.

Be sure to watch Law School at 10 PM (PST) with new episodes every Wednesday and Thursday available two hours after the Korean broadcast, only on Netflix!