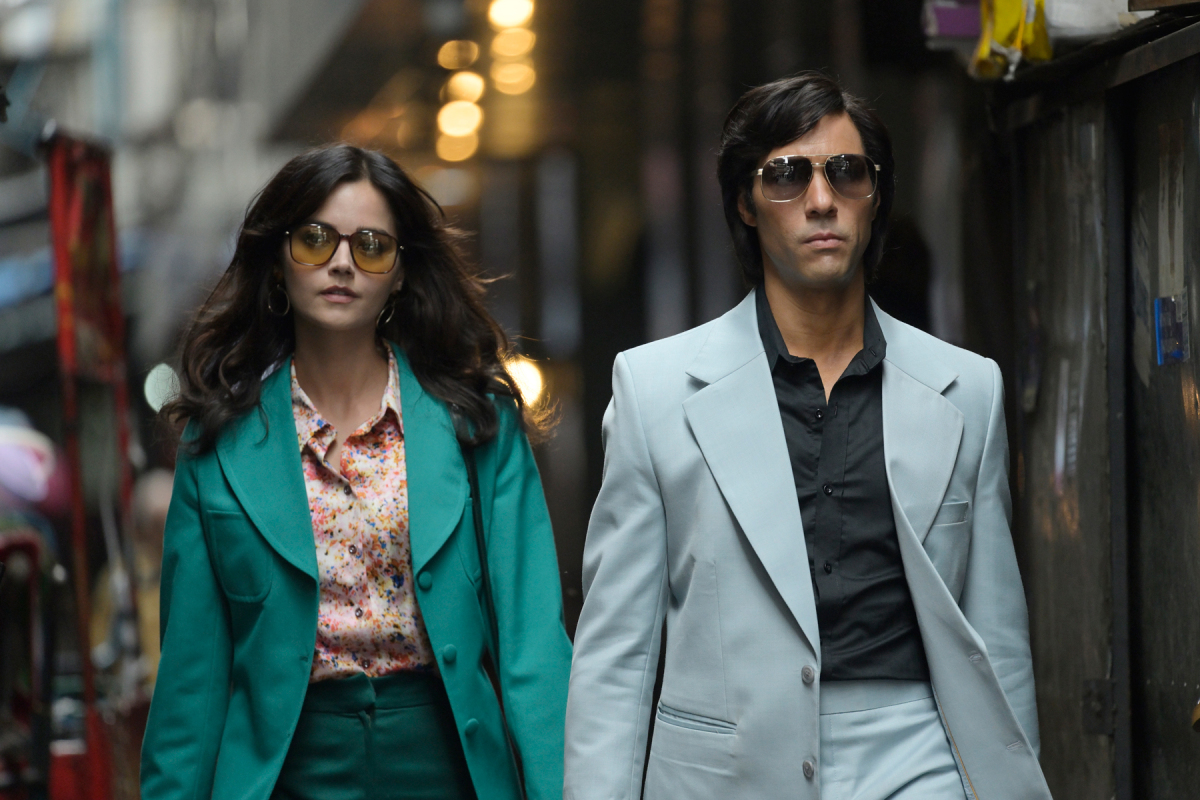 For fans of real-life crime and serial killers ‘The Serpent’ is the perfect series binge watch. The 8 episode mini-series tells the terrifying true story and nasty modus operandi of real-life killer Charles Sobhraj (Tahar Rahim) whose whole life has been so eventful-it really is like a movie, with him playing a cruel villain. The series however focuses on his life in Thailand during the height of his crime spree, where he would target unknowing foreigners, the flower children of the 70s, wide-eyed travelers who were on the Southeast Asian “hippy trail” (Thailand, Nepal, India). Sobhraj who posed as a gem dealer (among others) would gain their trust, then poison his victims with drugs that would make them weak, sick and throw up, Sobhraj would then steal their valuables including their passports, which he would alter and use himself. Most of his victims managed to survive but others were not so lucky.

Handsome, charming, persuasive, calculating and ambitious, Sobhraj was able to lure dissatisfied French-Canadian Marie-Andrée Leclerc (Jenna Coleman) into his twisted life, christening her “Monique” a new name, for a glamourous new life. Monique soon becomes trapped between loving Sobhraj and being faithful to him and being terribly terrified of him.

The series does a back and forth telling of the story, often by the same number of intervals (ex: Three years ago, then would jump back to three years later, etc.) it could be confusing at first but you will get used to it eventually. I did appreciate the production design work done, from the period clothing to the set pieces, they shot on location in Thailand and you can really feel the heat and the monsoon when the rain poured down.

Unlike most real-life crime thrillers, ‘The Serpent’ (which became one of Sobhraj’s nicknames) was chased after, not by a police or a detective on the hunt for a serial killer but was pursued by a mid-level Dutch diplomat Herman Knippenberg (Billy Howle), who was led to Sobhraj then known by his alias ‘Alain’ when relatives of two Dutch tourists sent the embassy a letter about their missing loved ones. With the help of his wife Angela, (Ellie Bamber) the Knippenbergs get to work gathering evidence against Alain (Sobhraj)-the diplomacy and bureaucracy of the investigation become continuing themes in the series, since the Knippenbergs are not police and are representing their country in a foreign soil, they go through hoops to get to the truth.

I suggest having the subtitles on for this one, there are many different nationalities speaking in English with heavy accents and it may a bit difficult to understand the dialogue by ear. I found the humor to be dry during the times when the protagonists tried to be funny, and there was also a long running joke on ‘just shooting Sobhraj’ but I guess that made the investigation less of an “American movie”.

The series does a good job of giving depth to the victims, so they are not just a name or a statistic but a person, whit hopes and dreams who just had the misfortune of trusting the wrong people.

Sobhraj was incredibly vain and ambitious, his crimes were committed to support a lifestyle he yearned for. Born of an Indian father and a Vietnamese mother, who later on married a French lieutenant, he grew up going back and forth from France and Vietnam. Sobhraj talks about having ‘no country’ and because he looked different was often teased by his French classmates. He grew to have a hatred for westerners who travelled to Asia. When he talked about his murders, he said his actions were in retaliation against “Western Imperialism” in Asia.

Being quarantined for more than a year, without any travelling has made a lot of folks pining for that next getaway and having a grave itch of wanderlust but after seeing ‘The Serpent’ you realize that there was a time, before technology and social media where in you can actually leave home, travel to another country and never come back. Passports were so easily faked and manipulated it is mind-blowing how many times Sobhraj entered a country using someone else’s (one of his victims) passports, he would simply change the photo to his own. There are a lot of edge of your-seat, exciting and thrilling parts in the series, I would scream and my husband would remind me that ‘it’s just a show’ I would then counter that ‘it’s based on real events!’ of course, a lot of what was in the series was a dramatization, in fact, names of the victims were changed as respect to their family. If you read on the real Charles Sobhraj, there is actually a lot more that happened in his life (early and later on) that are not shown in the series, in fact, it even gets more shocking.