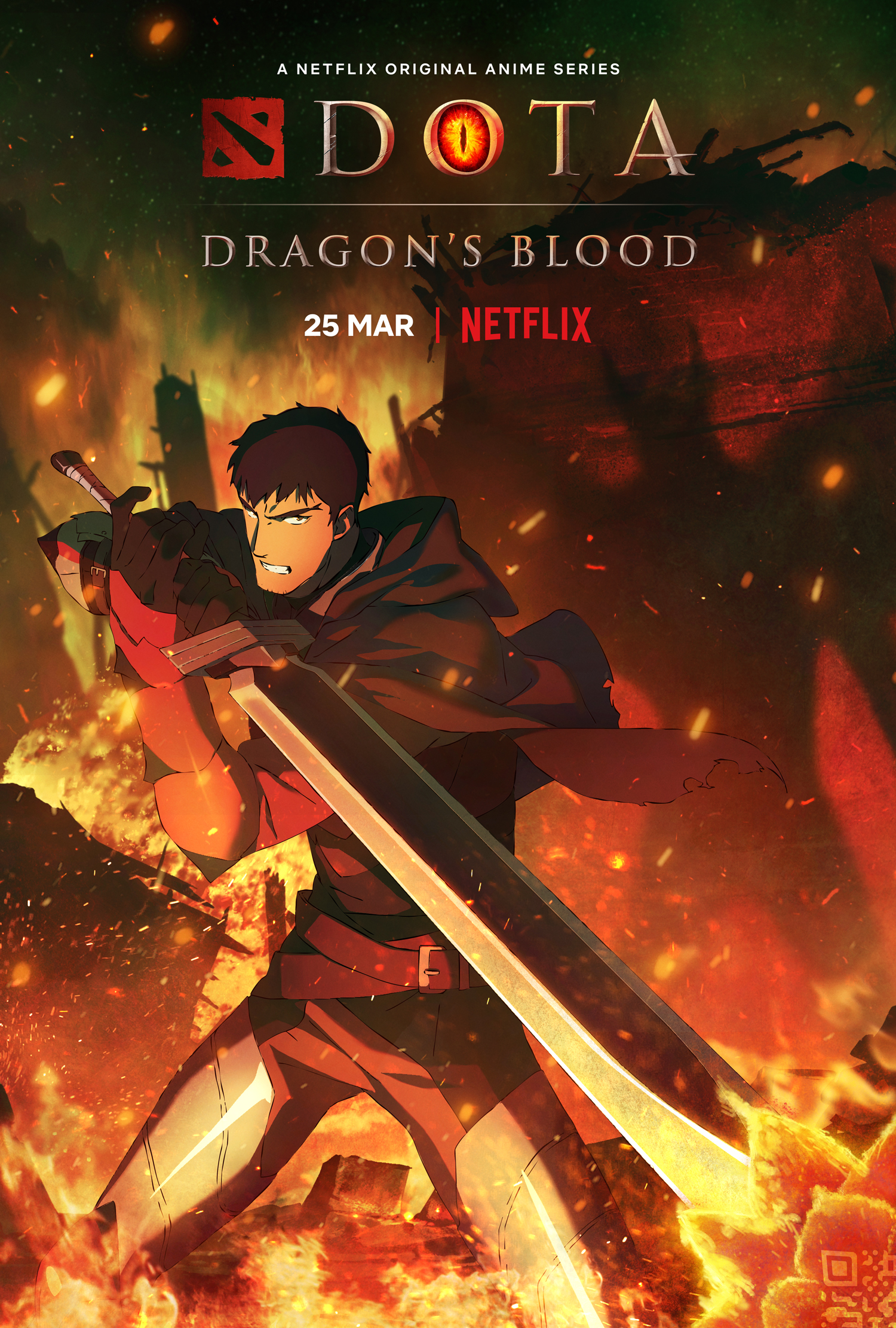 You probably didn’t know this about me but I actually played the earlier version of DoTA 2, specifically DoTA 1-yes, so I did spend some months playing the game, I would chose the girl characters, Alleria, Windrunner was my favorite, Lina Inverse and the Ice Maiden were the other characters. My then-boyfriend (now husband) and brother would indulge me it was just a few months and that was the extent of my DoTA gaming experience. So I’m not exactly a big expert, I just know enough of how the game works and the characters to appreciate it. So coming into the DoTA animated series from Netflix (which is based on DoTA 2) I’m sort of in the middle. Not a big expert but not exactly a newbie (noob) that I’m clueless either.

So now that I’ve laid out my credentials of sorts-let’s get into the spoiler-free review.

The series has a number of separated stories which converge and meet into one and I usually like these types of trajectories in stories (my favorite, still was the first season of ‘Stranger Things’) but this one had me confused at some points.

When the news, trailer and stills of the first DoTA animated series came out, we knew it was going to be about Davion Dragon Knight, at least he was the big hero of this series. The animation style is very similar to Netflix’s Castlevania but probably a little closer to the Avatar series, they are from the same studio after all (Studio Mir) however, don’t expect DoTA: Dragon’s Blood to be like Avatar, in fact, it is actually rated M18. So yes, expect lots of violence and blood in the fight scenes but there’s also a bit of sexual content in there and we’re not talking about the usual content, but we do have the Coedwig elves who live in “pods” which are basically polyamorous and they engage in “family orgies” and that’s the norm and it kind of threw me off a bit. I’ve had my share my mom walking in on an awkward scene with what I’m watching, so good luck with this one for those watching. It’s probably better if you watch alone.

The whole devotion to the Dark Moon Goddess Selemene, made me a bit uncomfortable also-she kisses her followers on the mouth, leaving pink/violet marks on their skin, which causes them to die. I have to admit, I was a bit confused with Mene and Selemene-? I would have liked a more background on them. Maybe in Book 2-oh, the first season (they’re calling it book) so um, rather Book 1 is just 8 episodes at around 20 minutes each, so an easy binge. It ends in a cliffhanger, so I really hope for a Book 2 release.

Brave Little Mouse and Princess of None

Before we get carried away-the series opens with Davion the Dragon Knight, a big, pleasant-enough, muscular 20s something who can’t remember the names of the women he sleeps with. On what started as a regular dragon-hunting gig, Davion encounters Slyrak the Ember Eldwurm (dragon) and I actually liked this part, they sort of develop a ‘Dragon Heart’ Sean Connery (RIP)/Dennis Quad kind of relationship-but even more complicated. Okay, I know, my age is showing. I really loved the movie, so I guess is the reason why I loved how they explored this (very) complicated relationship between Davion and Slyrak. For non-players of the game, I will stop at that as to avoid spoilers.

Davion is joined by Mirana The Moon Priestess who in the series is a Princess: (Once Princess of the Moon, Princess of the Sun and now, Princess of Nothing) she is on her own quest to recover the stolen lotuses of the goddess Selemene, that were stolen. Her quest to find the lotuses, leads her to run into Davion, the two (along with Marcy, who I actually like a lot and Sagan, Mirana’s trusty white tiger-fans of the game would know) go on an adventure which eventually lead them to the Invoker (also a DoTA character) who has his own backstory, which is also one of the thing’s I enjoyed about the series.

Fight Scenes are A+

The fight scenes are A+ and I’m not just referring to the blood and gore but to the overall flow of the fight which was smooth and easy to follow at times and damn right near brutal at others. The fight between Slyrak and Kaden (Davion’s senior Dragon Knight) was a favorite of mine, you could feel the essence of a classic DoTA fight, with Kaden’s aerial combat stunts thanks to a pair of enchanted wind-stepping boots (Boots of travel anyone?). My favorite thing about the 2016 Warcraft movie was the graphics for the spells, we also had a bit of that in the series, I would like more please. Aside from that, I also liked Mirana’s Starstorm attack. Which reminds me the opening sequence is pretty impressive, just a tad bit short, in my opinion.

A must-watch for fans and an enjoyable watch for newbies, as long as you’re okay and comfortable with the mature themes. DoTA: Dragon’s Blood drops on Netflix on March 25.