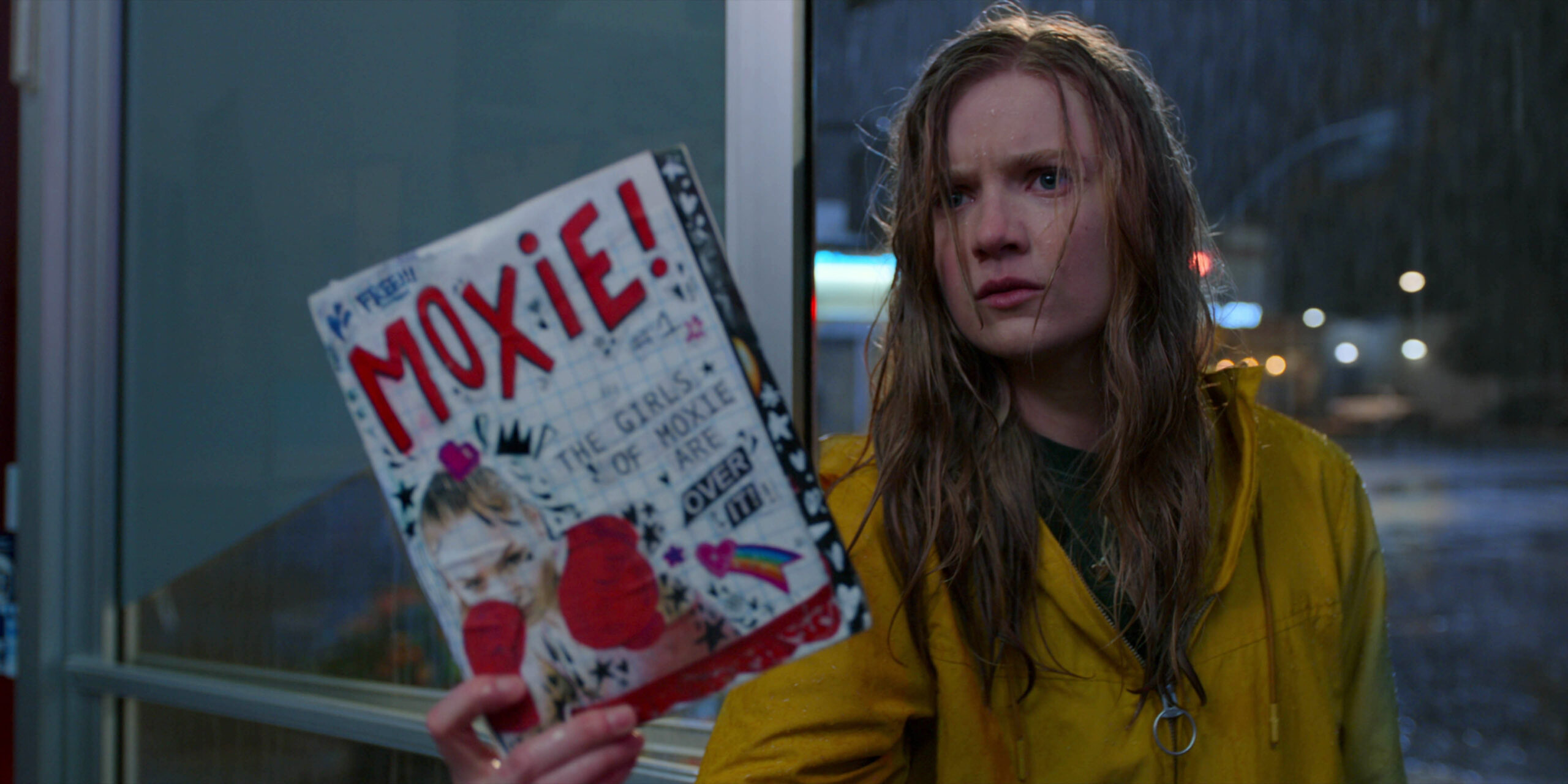 “Moxie” a noun that means “energy” it can also be used for “courage” and “determination”.

Based on the book by the same name by Jennifer Mathieu, the film tells the story of Vivian Carter (Hadley Robinson), a shy 16 year-old, who comes back to her High School after summer and realizes that she’s fed up with the sexist and toxic status quo. And we’re talking about things that are not okay but somehow becomes “accepted” and “the norm” and honestly, it’s disgusting how people get away with these things. Case in point, there is a list, or rather, a ranking of the girls in Vivian’s school, with categories like ‘Most Bang-able’, ‘Best Ass’ ‘Best Rack’ -you get the picture.

I mean, in what universe is it okay for a High School to have this kind of list right? It’s just maddening that it’s accepted and the school’s principal just doesn’t want to deal.

Aside from this list there is the fact that new student Lucy Hernandez (Alycia Pascual) is being harassed by popular quarterback Mitchell Wilson (Patrick Schwarzeneger) and he is able to get away with it!

“He’s just annoying” Vivian tells Lucy. “Just ignore him and he will move on to someone else.”

“You know, annoying can be more than annoying right?” Lucy tells her.

It’s this whole “boys will be boys” kind of culture that really, should just be corrected.

Taking inspiration from her mom’s (Amy Poehler) rebellious past Vivian secretly creates a ‘zine that calls out these misogynistic behaviors-slowly it inspires a school-wide coming of (r) age-revolution.

I love how the film doesn’t follow the usual tropes in ten movies, so there was a couple of surprise curve balls here and there. I also felt that there’s a lot more that the book discusses but the film only scratches the surface and you feel as though some characters and storylines are suddenly left unexplored and/or unfinished. So yes, I do want to read the book – if you have any leads to a physical copy-let me know!

I love that music also played a significant role in the movie, specifically Bikini Kill’s song ‘Rebel Girl’ and because I love doing additional research, I found out that Bikini Kill is a punk rock band from the early 90s that pioneered the Riot grrrl movement-they advocated for women to express themselves the same way men have been doing all along. The band encouraged other girls to form bands, and they also created a sub-culture with ‘zines and fought for feminist causes.

Directed by Amy Poehler, who leads a large, diverse, and likeable cast (except for Mitchell) ‘Moxie’ is a long-overdue coming-of-rage story, which features progressive ideals on gender and race, among other things. Can we also add how much we’re loving Vivian and Seth’s relationship? We also see a side of Vivian’s crusade which may not exactly be healthy but I think is important, to make sure that you don’t get carried away with what you are fighting for.

‘Moxie’ is a great way to start women’s month and is now streaming on Netflix. Join the revolution.