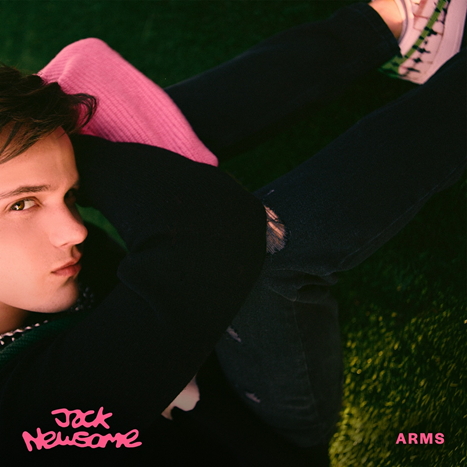 “If Newsome keeps up this pop brilliance with strong melodies and thoughtful lyrics, we’re in for much brighter days”

Like most people, 24-year-old singer/songwriter Jack Newsome spent a large part of the world’s pandemic figuring things out. The New Jersey native lived in an air of uncertainty in his new home of Studio City, CA, trying to understand what was happening around him.

“’Arms’ was the first song I wrote with my new partner-in-crime Cambo. We started the song on Zoom and finished it at his studio. I wore my mask there and only took it off to lay the vocal in the booth. We’re living in really lonely times, so the lyric speaks for itself,” Jack told Popwrapped.

On the accompanying music video, he adds: “The concept of being alone worked out really well for the video to “Arms”; we didn’t need any actors or extras. My creative director Louis Browne is a genius and found this gorgeous movie set in the desert. The concept was super vague which scared me at first. I like having everything planned to a T, but I think keeping it loose was the perfect move for the song and the vibe.”

A former Berklee College of Music student, Jack moved to LA to pursue his music career a couple of years prior and shortly thereafter grabbed the attention of reality songwriting competition series Songland. Jack was a part of the first season, working with singer/songwriter/producer Shane McAnally as his episode’s mentor turned mentor in real life. As a finalist for his episode, Jack and Shane cut “Lying (Next To You)” which cracked the one million mark on streaming platforms. A publishing deal from McAnally’s SMACKSongs and record deal with 12Tone Music followed, and since then his rise has been steady with sync placements in the Rocket League video game, CBS’s Love Island, and credits with multiple well-known recording artists.

To start 2021, Jack delivers his own impactful anthem “The Year The World Stood Still,” a song about the realization that sometimes hitting pause is vital. Much more than a song of the moment, the track carries into the concept of what happens even after this is all over and life goes back to “normal”. Produced by Jack and co-producer Cambo (Doja Cat, Bea Miller), the track is inspirational but also poignant, while bringing together all of the elements of a solid Pop song. It’s something Jack Newsome knows how to do quite well. But above all, his goal is to make music that speaks to different generations who can all understand the same sentiment.