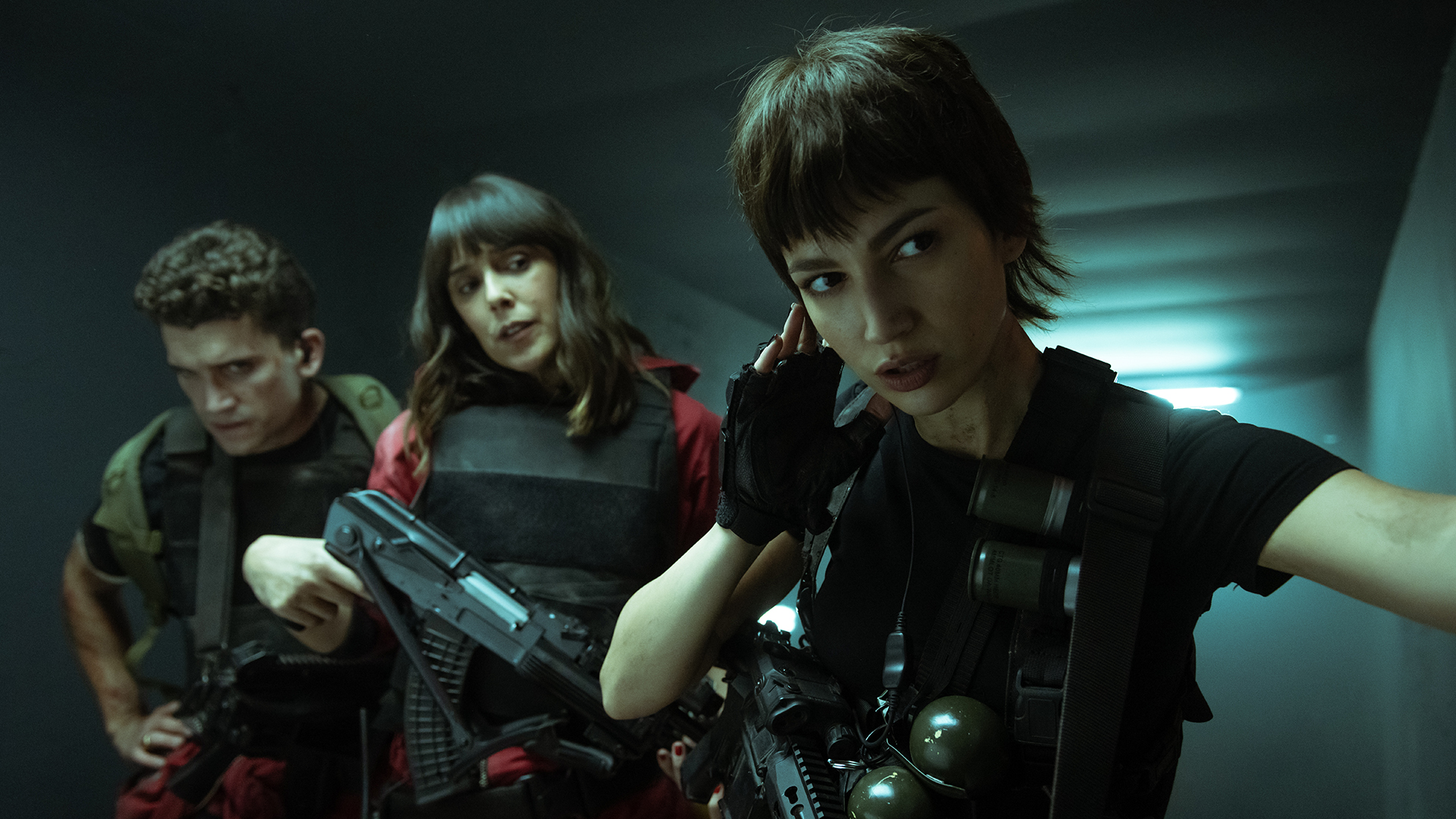 Madrid, Spain – Netflix has unveiled the first images of the final season of La casa de papel. The heist keeps going, the war is approaching and the leader of the Gang has lost control. The end of this Original series created by Álex Pina is getting closer.

These first images of the final season reveal the chaos both inside and outside of the Bank of Spain; with the Professor caught off guard after Sierra finds his hideout and with Lisbon now safely inside the bank. The war begins and we see how The Gang must bring out its toughest side to survive, fuelled by anguish, more weapons and the desperation of not having a plan.